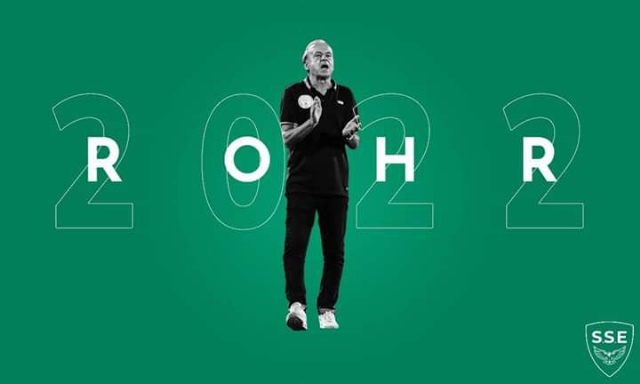 Sports enthusiasts in Ondo state have applauded the Nigeria football federation NFF for the renewal of the contract of super eagles coach Gernot Rohr.

They however charged Rohr to adher to the contract agreement, paying more attention to the development of players in the domestic league.

In the past weeks, there were anxieties on wether or not the Nigeria football federation would renew the contract of German born soccer tactician Gernot Rohr but the anxities were quashed after the official announcement by the NFF that the contract had been renewed.

Following this development, soccer lovers have urged the Franco German handler to role out workable technical plans to make the super eagles first in Africa.

Femi Atolagbe a sports journalists while commending the NFF for the contract renewal said the step would inspire indigenous players to strive for a shirt in the national team.

Bearing his mind on the development, Sunshine stars coach and a former national player Kayode Julius have these to say.

Coach Julius charged the technical crew of the national team not to fully rely on foreign players saying that the NPFL had improved over the years to produce quality players for national engagement.

On his part, Mr Temitope Sylvester is of the view that the technical team led by Gernot Rohr did not merit the contract based on its inability to win a trophy for the nation since his emergence.

The German born Rohr will coach the eagles till 2022, help eagles to finish third at the last edition of the African cup of nation and also qualify the eagles for the 2018 World cup in Russia.