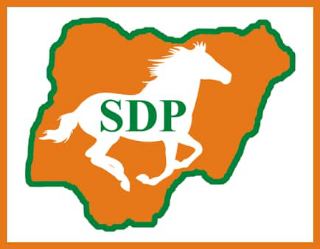 The Social Democratic Party, SDP in Ondo State has suspended its Candidate in the 2016 governorship election, Dr Olu Agunloye.

According to the Party, Dr Agunloye was suspended over Allegation of Anti Party Activities.

The party also announced its Legal, Adviser, Thomas as its Acting State Chairman following the resignation of Chief Duyile as Chairman.