I Will Make A Woman My Deputy……Erewa 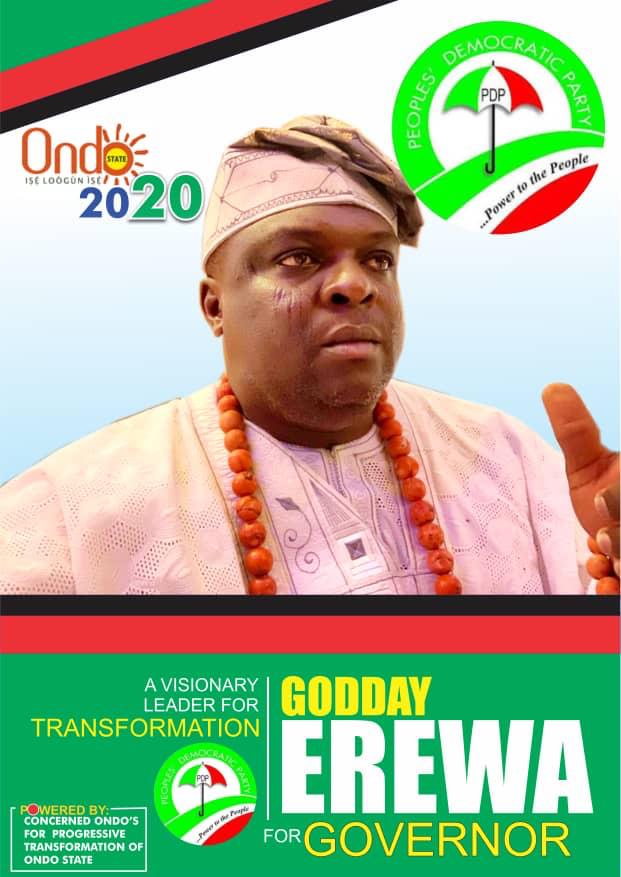 Agitations for a woman deputy governor in the next administration in Ondo State have received a boost as a PDP governorship aspirant , Prince Godday Erewa disclosed having a woman as his running mate .

Prince Erewa made the disclosure while meeting Party leaders and Executives at council areas visited to seek support for his candidacy in the forthcoming primary election come July this year.

He expressed the belief that women had capacity to make the state move forward forward.

The governorship hopeful said he would strictly follow his seven point agenda which included youths and women empowerment having established Amorighoye Abisola Initiative, a skill acquisition centre which had trained over two thousands youths in the state to tackle unemployment.

Other areas of priority are establishment of stadium in each of the senatorial districts , exploration of bitumen deposits in the state , transformation of Akure airport and Idanre Hills .

Prince Erewa maintained that all these and his other development agenda would take the state to greater heights.