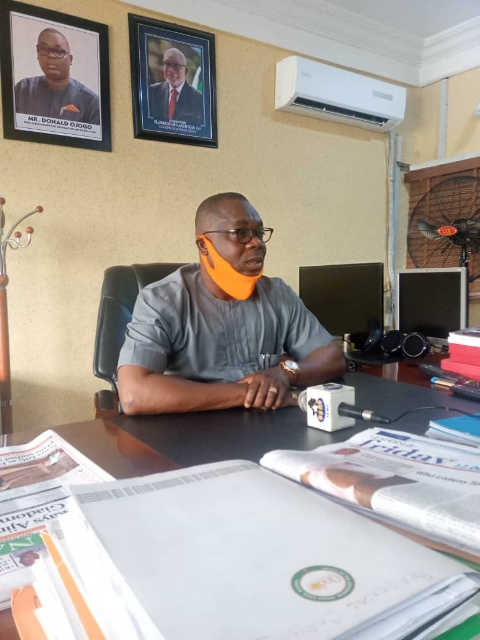 Ondo state government has debunked reports of jubilations in the state over the appellate court judgment which affirmed the suspension of the embattled APC National Chairman , Comrade Adams Oshiomhole.

Commissioner for Information, Mr Donald Ojogo while addressing journalists in Akure described the online publication in one of the National dailies as mischievous and aimed at creating crisis between Governor Oluwarotimi Akeredolu and the leadership of the APC.

Mr Ojogo asked the public to disregard the publication noting that there was no jubilation in any part of the state over the judgement.

The Commissioner maintained that Governor Akeredolu holds the APC National Working Committee, NWC in high esteem and would not do anything to disrespect or ridicle the members.

Mr Ojogo however called on the leadership of Nigeria Union of Journalists, NUJ to check the activities of its members to guard against quackery in the pen profession.