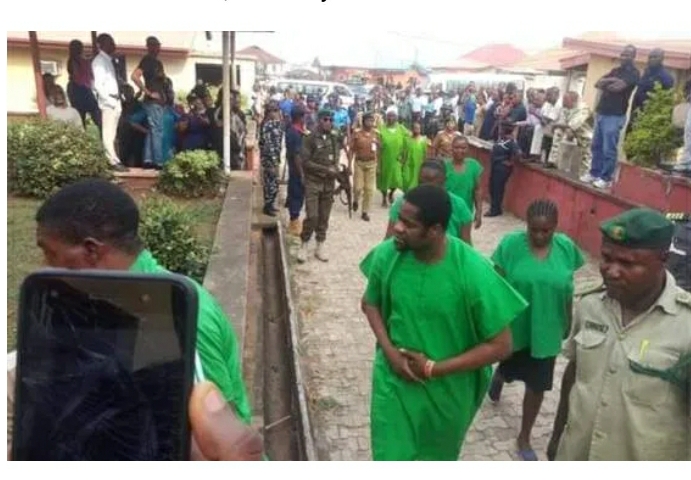 Founder of Sotitobire Praising Chapel, Prophet Babatunde Alfa on Tuesday testified in the ongoing trial involving him and six others over the missing of one year old boy inside the church, at an Ondo state high court in Akure.

Prophet Alfa claimed that after arresting him,the Department of Security Service,DSS, operatives  searched his house and church but found nothing incriminating.

He said despite organising marathon prayers and fasting alongside his ministers, the boy’s parents did not cooperate with him and the church to find the missing boy through the right channel.

Prophet Alfa explained that the right channel he claimed in the exhibit before the court was using prayers and security agencies to find the one year old missing boy.

His lawyer, olusola oke also tendered  a video footage of the church service where prayers sessions were  held for the recovery of the boy which was accepted by the court.

While being Cross examined by the attorney General and Commissioner for justice Adekola Olawoye, the prophet said he never knew the boy’s parents until the incident happened despite the fact that they claimed they had been attending the church since June.

He also agreed that one month after the incident, the police never Arraigned him or any off his church members in court until the DSS did so.

Earlier on June 30, 2020, the traditional personal assistant to the deji of Akure, chief taiwo fagite was the 4th witness for prophet Babatunde Alfa in his ongoing trial over the disappearance of gold Kolawole In November last year.

Fagite who was subpoenaed by the court, alleged that parents of the missing boy were not forthcoming
after they reported the incident until there were made to swear an oath at the deji’s palace alongside 14 teachers in the church.

He said the deji of Akure upon being briefed on the incident summoned both prophet Babatunde and the boy’s parents but only the Cleric showed up.

Chief fagite said days later, the parents and 14 children teachers later came to swear to a traditional oath at the deji’s palace.

While being cross examined, chief fagite admitted that the prophet during his first visit to the palace came with a popular Akure youth leader, ade basket as well as a senior police officer.

The 5th defence witness, Evangelist funmilayo ogunlusi, a cleric in the church said they had a vigil the day the incident occurred and a 9 day fasting and prayer by the ministers for the recovery of the child.