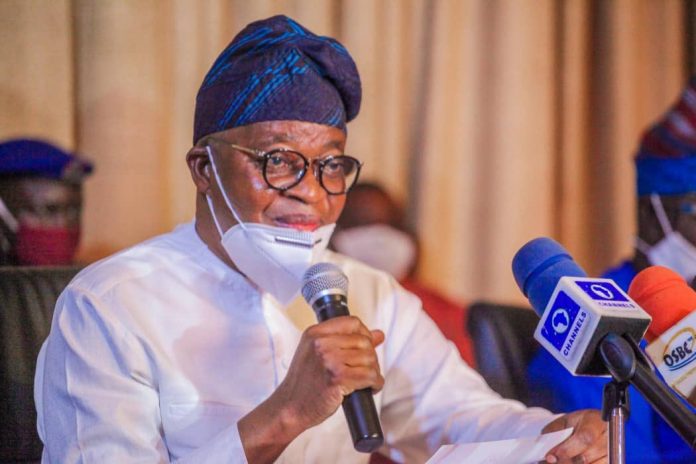 The Commissioner of Sports in Osun state,Yemi Lawal has said that the state governor, Gboyega Oyetola gave the directive to stop the payment of salaries of players, coaches and staff of Osun United and Osun Babes.

Answering questions from journalists on popular Nigeria sports WhatsApp platform Family United By Football (FUBF) on Sunday night said, Lawal said “It will interest you to know that the issues we had with Osun United and Osun Babes have been on since February and I have never for once decided on my own that I will like to stop the payment of salaries.

“I don’t have anything to gain by stopping salaries payment but Mr. Governor demanded to know what exactly the situations are after visiting issues that had to do with the 31 contract coaches, and after opening up in the issues we realised there was need for total overhauling of the sector so Mr. Governor ordered the stoppage of salaries.

He however, promised the citizens of Osun state that those who are behind the problems will be dealt with when the investigation is concluded while assuring that the state will have a team that will compete in the Nigeria league when the season resumes.

“As soon as we are done with the investigations we are going to ensured that innocent ones do not suffer and those that are behind this anomalies will be brought to book that I can assure you.

And as regards Osun state having NNL club, we are going to try our best to ensure that we have a state team that will be able to participate at the national level. ”

Meet Members Of NFF Board From Now Till 2026