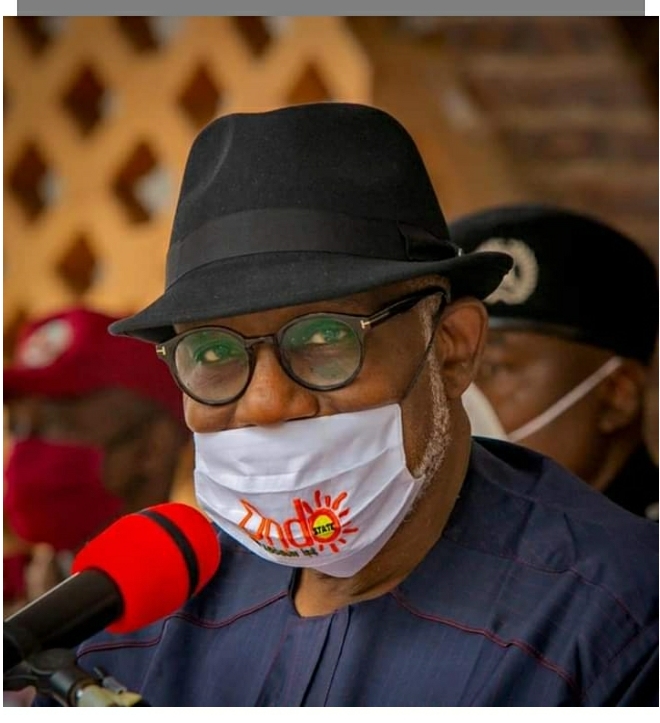 Governor Rotimi Akeredolu, says having Mr Eyitayo Jegede in the Governorship saddle may not give him a smooth ride at the poll.

Mr Jegede S.A.N is the candidate of the Peoples Democratic Party, PDP for the OCT 10 2020 governorship election.

Akeredolu had defeated Jegede, who was also PDP’s candidate in the 2016 governorship election.

The governor stated this while addressing journalists at the national secretariat of the All Progressives Congress (APC) after appearing before the APC primary election appeal committee in Abuja.

Describing Jegede as a friend, Akeredolu said he hoped that their campaigns would be issue-based and without violence.

“Jegede is my friend. We are colleagues and both members of the inner bar,” Akeredolu said.

“I don’t have anything against him and I just pray that our campaign should be issue-based without violence. I am sure that he knows that it will not be easy for him.

Akeredolu “Yes, it may not be easy for me to win, but by His grace, I am going to win. I can assure that as it was in the beginning, so it shall be now and forevermore. We will win this election by the grace of God.”

Asked if the defection of Agboola Ajayi, his deputy, to the PDP can affect his votes during the election, Akeredolu replied that Ajayi has no political clout to command a convincing win in his local government area.

Ajayi had defected to the PDP in June with the hope of clinching the party’s ticket but lost out to Jegede. Akeredolu described Ajayi’s exit from the ruling party as “good riddance to bad rubbish”.

He said the APC had thought they could accommodate the deputy governor but he decided to return to where he “truly belongs”.

He said as a “big brother”, he would advise Ajayi to give all his support to Jegede since the former had boasted that he helped him (Akeredolu) to become governor in 2016.

“For me, the deputy leaving the APC to return to the PDP is good radiance to bad rubbish,” Akeredolu said.

“We thought we could accommodate him at the APC but since he returned to where he truly belongs, it is all well and good. I always wish people the best I can.

“From what I have been told, he has lost the ticket and I pray he won’t jump to another place but if he does, all well and good.

“However, for his own sake and as a big brother, I will advise him to stay with Jegede, support him very well, Akeredolu said.