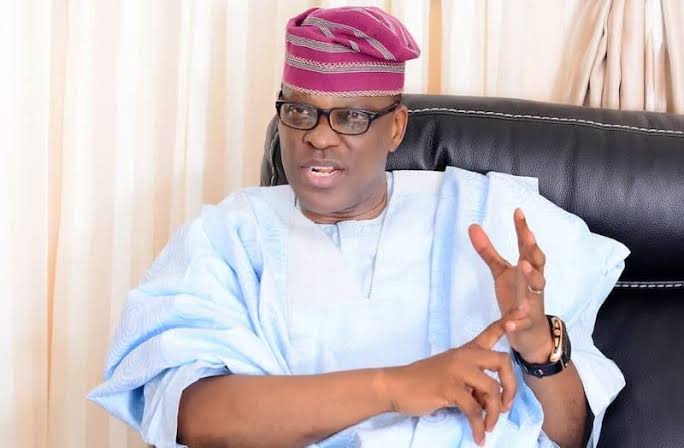 Ondo State Peoples Democratic Party ( PDP) governorship candidate, Mr. Eyitayo Jegede (SAN), has rejoiced with the Muslim faithfuls in the state, describing their commitment to socio-economic and political developments of the state as remarkable.

In a statement by the Spokesman, Eyitayo Jegede Campaign Organisation, Gbenga Akinmoyo, Jegede gave the commendation yesterday in Akure, in a goodwill message to mark the Eid-el–Kabir Sallah celebration.

The PDP governorship flagbearer, who described the Muslim faithfuls in the state as shinning examples in religious harmony and mutual tolerance, sought their cooperation and prayers in the journey to install a people-oriented government in the state.

Mr Jegede, who also decribed the Sallah festivity as a lesson in obedience-often described as better than sacrifice, said what Prophet Ibrahim did by hearkening to the voice of Allah, was instructive to the generation of human beings of all ages.

“Had the prophet, who heard the commandment of Allah to go sacrifice his only son disobeyed, he would not have known the import of Allah’s intervention in the moment of human dilemma or trouble.

“While I commend this great feat to everyone in their relationship with their Creator, I also appeal for the sustainance of the prevailing peaceful atmosphere, as we celebrate this epochal festivity, in full gratitude to the love shown to mankind by the Almighty Allah,” he said.

The governorship candidate particularly commended both the Muslim and Christian leaders in the state for working in concert, to promote peace and mutual tolerance among their respective adherents.

He prayed that the Almighty Allah would continue to bless all the faithfuls and the entire state, even as he urged that the Islamic clerics should do more to assist the country’s electoral process, through enlightenment sessions on civic responsibilities, in the course of worship.