Why I Will Never Probe Mimiko- Akeredolu 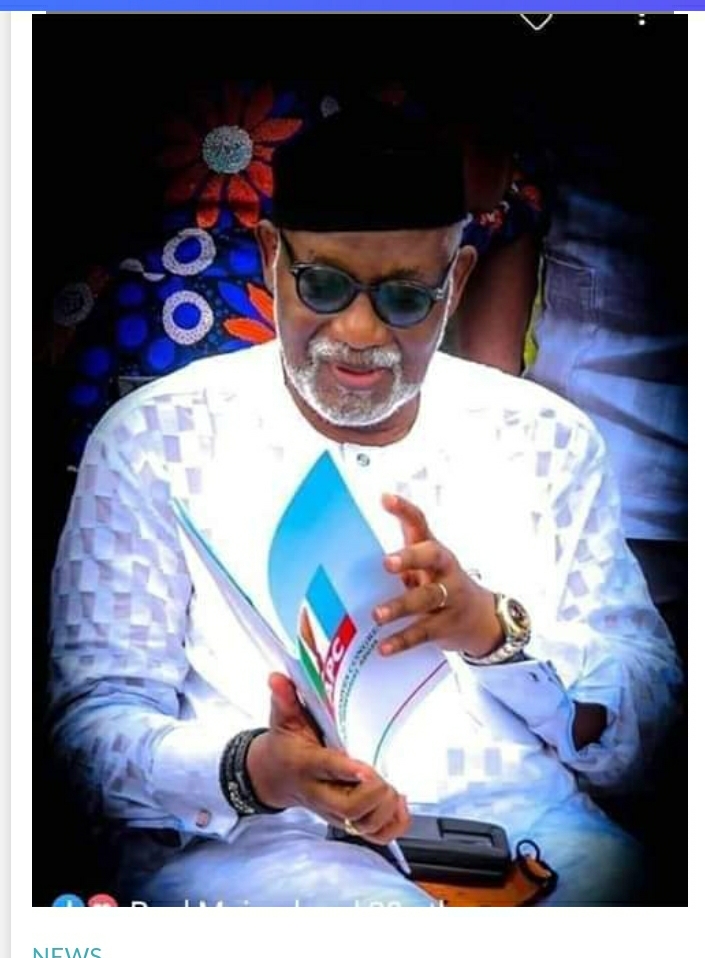 Ondo state Governor, Oluwarotimi Akeredolu has denied a rumour on social media that he is using an anti-graft agency, EFCC to threaten his predecessor and friend of over 40years, Dr Olusegun Mimiko as a result of ongoing political situation in Ondo state ahead of the October 10 governorship election.

In a press statement made available to Positive FM in Akure, the State Commissioner for Information and Orientation, Donald Ojogo said Akeredolu would not sacrifice his friendship with Mimiko for politics.

It will be noted that the embattled state Deputy Governor, Agboola Ajayi had been reported that he will soon move to the Zenith Labour Party (ZLP) formed by former Governor Mimiko and it was generally believed that Mimiko is working for the Akeredolu’s estranged Deputy ahead of the October election.

However Ojogo said, “the attention of the Ondo State Government has been drawn to a viral post circulating in a section of the social media. The post specifically makes allusion to an imaginary statement ascribed to Governor Oluwarotimi Akeredolu, SAN, wherein he allegedly threatened to expose his friend of over four decades and former Governor, Olusegun Rahman Mimiko, to the Economic and Financial Crimes Commission (EFCC).

“The widely circulated story line is untrue, puerile and utterly mischievous. It is, in all intents, a cleverly laid path for the two friends to engage in a needless mudslinging.

“It is, perhaps, pertinent to state unequivocally that Governor Akeredolu does not desire, not even in the least of anyone’s imagination, to travel such pernicious path typical of those who have taken the route of perfidy for sake of their political ambitions.

“We have since wished them well even in their self-inflicted tears of treachery and betrayal.

“Clearly too, the former Governor, in Governor Akeredolu’s view, is well acquainted with the antecedents of those who have chosen to embrace any straw, including those they had mindlessly plotted against in the past, to keep their waning political comfort zones afloat.

“Nonetheless, while Governor Akeredolu has nothing against his friend and immediate past predecessor, he has chosen to allow posterity to intercede and interpret the roles of men in whatever form.

“In this regard, the friendship of the duo shall remain unaffected by the current political permutations, alignments and realignment, however impotently strange. Governor Akeredolu shall maintain that cordiality even in the face of opportunism.

“It must, however, be noted that Governor Akeredolu remains unperturbed by forces of whatever colouration. He is resolute and unwavering in his belief that a more debilitating defeat awaits those who have chosen to travel the route of conspiracy come October 10, 2020,” Ojogo concluded.