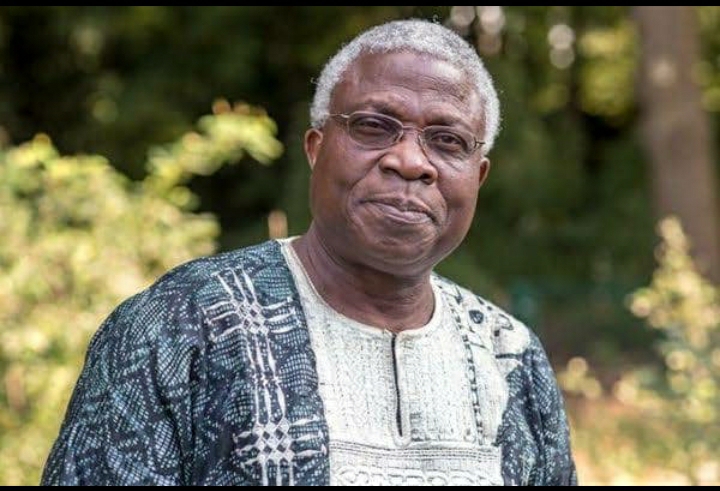 A Renowned African poet, Professor Niyi Osundare, has called for a synergy among artistes, activists and policy makers in the battle against eco-degradation, an act that is presently contributing to global warming, earthquakes, hurricanes, water and air pollution, wildlife extinction, and many ailments such as asthma.

Osundare who is the author of the popular collections “The Eye of the Earth” and “City without People” made the call at an online forum that was organized by the Green Institute, Ondo. Tagged “What the Earth Said: A Reading and Conversation with Niyi Osundare,” the event was moderated by Dr. Tosin Gbogi who is an Assistant Professor of English and Africana Studies at Marquette University.

Introducing the reading and conversation, Gbogi noted that the event could not have been more timely given the strange times we now live in.

In the poetry reading and conversation that followed, Prof. Osundare who lamented the alarming rate of desert encroachment, poisoned seas, and the extinction of species said the reckless use and abuse of the environment gave him much concern, hence his preservative advocacies through art.

The poet also condemned world leaders who say climate change is not real, describing such leaders as dangerous to humanity.

He noted that the restraint at addressing climate change globally could not be dissociated from those who do not believe in it.

Speaking on the poem “Ours to Plough not to Plunder,” Osundare also indicted local farmers and individuals, observing that bush burning and untoward farming activities on the part of the farmers contribute to environmental pollution and global warming.

Recalling his background at Ikere Ekiti, Professor Osundare noted that the plundered earth once had its harmonic rhythm and prophylactic appeals which African ancestors enjoyed, hence the need for a collective front to return the earth to its beauty.

While commending those he described as the Salvation Army of the Earth in Nigeria, the poet remembered and hailed the significant interventions and contributions of late Ken Saro-Wiwa, the late Nigerian writer and environmental activist.

Osundare urged the Salvation Army of the Earth never to relent in their advocacies as the calls are gradually being heeded in the face of overwhelming repercussions of environmental degradation as seen in president Macron of France’s recent move over the wild fire in the amazon.

While responding to a question by Dr. Chigbo Anyaduba that perpetrators of degradation hardly suffer from the havoc as seen in the Niger Delta, Osundare, himself a survivor of Hurricane Katrina, enjoined the victims to insist on ending such act, noting that a silent mouth equals a resigned destiny.

The Don called on every writer to become a climate warrior advocating the preservation of the earth. “The world won’t change except we change it,” he said.

He also called for a synergy among writers, activists, and policy makers to address the ravaging trend of climate change noting that writers’/artists’ observation and advocacy can only translate to action when policy makers reason with them.

The convener of the Green Room and the director of the Green Institute, Dr. Adenike Akinsemolu, in a remark to the poet enjoined the people to be change agents in the preservation of their respective environment by being careful in relating to nature rather than waiting for government and policy makers.

The event which was streamed live across different social media platforms such as Facebook, Twitter, and YouTube had over one thousand participants some of who include Dr. Chigbo Arthur Anyaduba, Tolulope Odebunmi, and Gabriel Bamgbose.