“We Can No Longer Feed” NURTW, RTEAN Members Lament Operations Of Sunshine Travels Company In Ondo 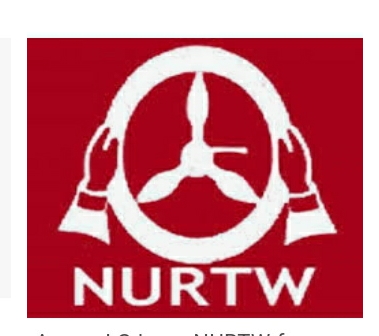 Some Angry members of the National Union of Road Transport Workers, NURTW and Road Transport Employers Association of Nigeria, RTEAN in Odigbo and Ore axis of Ondo state have protested the continued operations of Sunshine Travels Company in the area.

The drivers in their numbers took to the street of Ore bearing placards with different inscriptions reflecting their grievances.

They lamented that the operations of the Sunshine Travels Company recently launched by Governor Oluwarotimi Akeredolu had crippled their own operations as travellers no longer patronised them.

Speaking on behalf of the drivers, one of the State Executives of NURTW, Comrade Odudu Ademola said since Sunshine Travels was Incorporated with Peace Mass Transit Company, NURTW members have found it difficult to fend for themselves.

Comrade Ademola also noted that installmental payment for their hired purchased vehicles was now through their nose.

Also speaking, the Chairman of RTEAN, Ore Chapter, Mr. Mukaila Abdulsalam appealed to government for prompt intervention to save members of the two unions from financial downturn.

The unions Leader also urged Ondo State Government to provide its members with vehicles to boost their means of livelihood so as not to encourage any form of social vices among them especially now that the state was preparing for a governorship election.

Meanwhile, the Special Adviser to Governor Akeredolu on Transport, Mr Tobi Ogunleye has held a peace meeting with the aggrieved unions in Odigbo and Okitipupa local government areas of Ondo state.

Mr Ogunleye said government was aware of their grievances and would address them.

The Special Adviser who commended the NURTW and RTEAN Members for maintaining peace during their protests also appreciated transport unions and other groups in Ondo State for giving necessary support to the present administration.