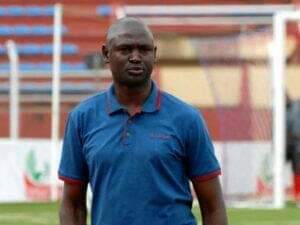 Here is the full details

Sunshine stars wishes to communicate the departure of Head Coach, Alhaji Kabiru Suleiman Dogo from the Club following the expiration of his contract.

The Mogaji of Odo-Okun/Sawmill, Ilorin Emirates last contract with Sunshine Stars served it cause with the conclusion of the 2019/20 season via PPG.

Dogo who just recuperated from a recent road accident was well received on his return to the Caring Heart Games Village office of the Club, to formalise his exit with the management on Monday.

_”Dogo has done his best for us, sadly we could not fight for our collective dreams till the end on the pitch in the outgone season. We are grateful for his services and time here, nonetheless._

_”He will be missed as a perfect gentleman with an impeccable character, but you know it is like that in this profession. We wish him all the best in his future adventures.”_ Akinyemi stated.

Dogo on his part also thanked the entire set up of Sunshine Stars and the good people of Ondo State for making his two-year stay in Akure pleasant and memorable.

_”I want to appreciate the entire management of Sunshine Stars, the entire staff that I worked with, the fans and the good people of Ondo State for the love shown me while in charge of the team._

_”Though I have to move on, honestly I don’t regret a bit of my time in Akure; it was a lovely experience that I cherish and will surely miss. Sunshine Stars is big team and I pray greater height for the Club.”_ The coach submitted.

Dogo who joined from Nasarawa United in 2018 steered the Club to safety in a turbulent first season that saw an abridged format, however he had the team played expansively in a promising 2019/20 that was disrupted by COVID-19 global emergency.