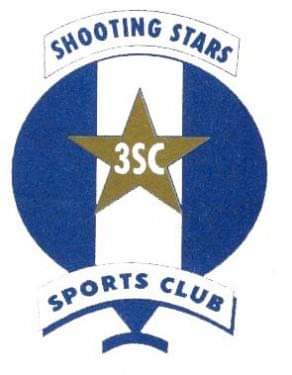 The entire Shooting Stars Sports Club (3SC) of Ibadan famliy, mourns the departure to a journey of no return of our former player and Team Manager Ajibade Babalade.

“”The exit of Ajjbade is untimely and too painful for us, considering the fact that he was bubbling with life before the sad development occurred.

“Kunde contributed his own quota to making Shooting Stars a team to reckon with both in Nigeria and the continent of Africa.

“We recall his contributions during the 1996 campaign in the African Champions Cup where he scored a great goal in the first leg of the final match against Zamalek of Egypt in Ibadan.

“We cannot also forget his role in helping the team gain promotion to the topflight in 2003, displaying a high level of commitment on the pitch, alongside Dimeji Lawal, in the midst of young players.

“He was named the club’ s Team Manager in 2017, a position he adequately held before his exit from the club.

“This is a monumental loss, not only to Shooting Stars but to the entire football fraternity in Nigeria.

“We pray that God grants him eternal rest and give his family the fortitude to bear this heavy loss”.

Meanwhile, the General Manager of 3SC, Rasheed Balogun found it hard to speak when the news of Ajibade Babalade’s death was broken to him.

“I am dumbfounded, I don’t know what to say because I can’t understand this,” said Balogun who was close to tears while trying to comment.