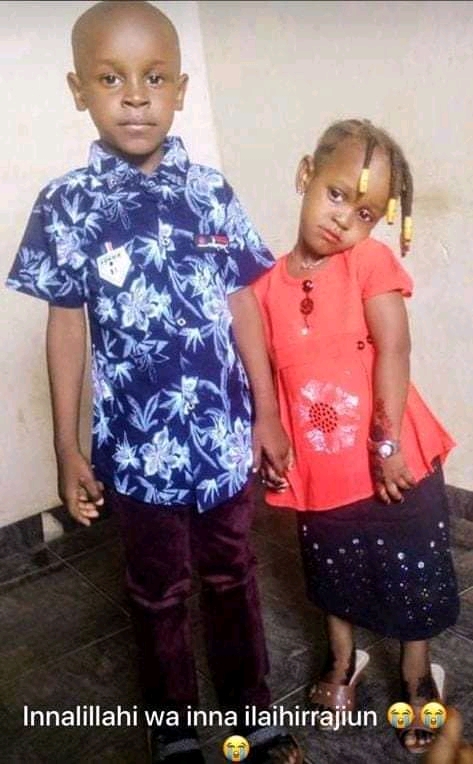 A house wife in Kano identified as Hauwa has allegedly killed two of her children after her husband, one Ibrahim Haruna Aminu married a second wife.

The deceased kids were identified as Yusuf (5-year-old) and the Zahra’u (3-year-old).

It was gathered from their neighbors  that the incident occurred on in Diso village in Gwale Local Government area of Kano State.

Sadiq confirmed that his brother got married to a new wife two months ago.

He said the incident happened when the husband was away in his new wife’s place.

His eldest wife, Hauwau called him on phone in the morning informing him that all was not well in their house only for him to get to the house and met the lifeless bodies of the children in the pool of their own blood.

“She beat the children and used knife to cut them. Her sister’s daughter (10-year-old) who was living with them was also another victim but she survived with cut on her hand.

“We don’t know her whereabout at the moment because we spoke with the security operatives. We learnt she went to her parent’s house,” Sadiq said.

The ward head of Diso, Ahmad Bello said they were all thrown into a state of shock with the incident.

Bello however condemned the act carried out by the woman saying she should have taken the matter to court instead of taking the laws into her hand and killing the innocent children.

He said the suspect was already in their custody and investigation had also commenced into the matter.