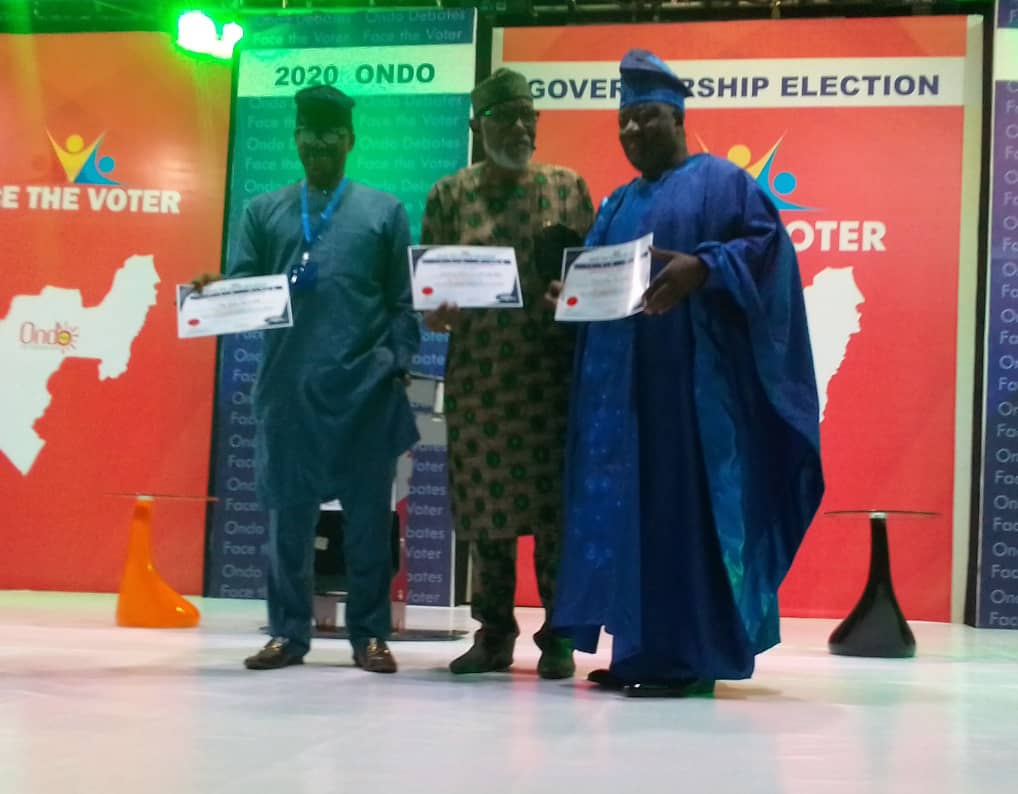 The Governornorship candidate of the All Progressives Party, APC, Oluwarotimi Akeredolu says the nation’s state of insecurity can best be addressed with the invention of community policing especially Amotekun.

He stated this at the last phase of the governorship debate tagged FACE THE VOTERS INITIATIVE, held in Akure.

Akeredolu opined that Amotekun would go a long way in addressing problems of herdsmen and other security issues at state levels, within the southwest region.

Describing Amotekun as a right step in the right direction, the SDP candidate, Prince Fasua however recommended qualitative mode of operation and better welfare for the Amotekun personnel

Speaking on job creation, the candidate of the Peoples Democratic Party, PDP, Mr Eyitayo Jegede who said Industrialization and Privatization of industries was the way out also made case for preservation of farm produce and motorable farm roads

The fourth candidate scheduled for the debate, Mr Agboola Ajayi of the Zenith Labour Party, ZLP did not show up for the exercise.