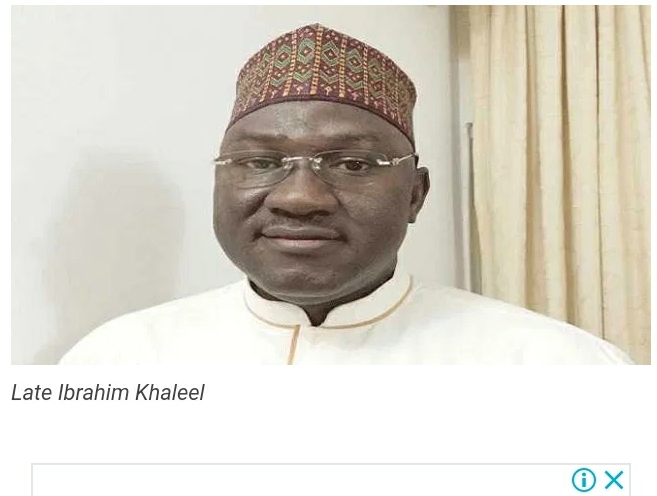 Comrade Ibrahim Khaleel who is also the National Treasurer of the Nigeria Labour Congress NLC died on Wednesday after he slumped and was rushed to National Hospital Abuja, where he was confirmed dead.

Kano NULGE President, Abdullahi Muhammad Gwarzo who confirmed the death to newsmen on Wednesday night, said that the deceased would be buried in Wudil, local government area of Kano State on Thursday afternoon.

Ibrahim Khaleel also studied at National Institute for Policy and Strategic Studies (NIPSS), Kuru, in Plateau state, where he bagged,mni.

Until his death, he was a staff of Kano State Ministry of Local Government in Kano.