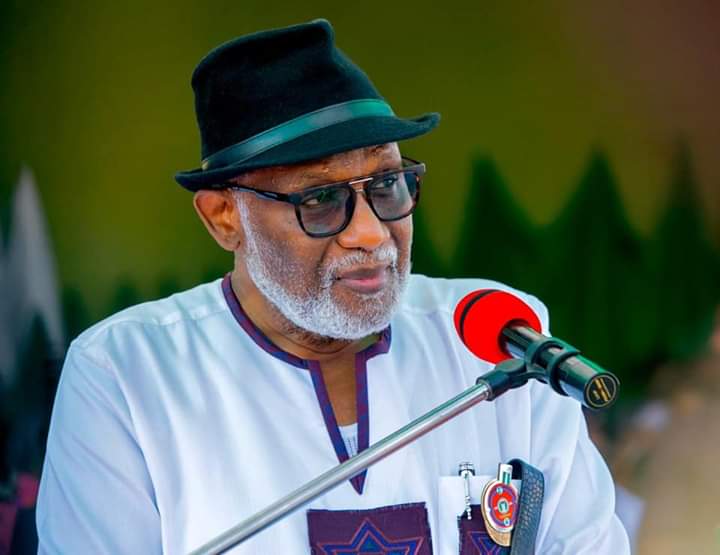 BEING THE BROADCAST OF THE GOVERNOR OF ONDO STATE, ARAKUNRIN OLUWAROTIMI ODUNAYO AKEREDOLU, SAN, TO THE PEOPLE OF ONDO STATE ON THE NATIONWIDE PROTESTS ORGANISED BY THE YOUTHS ON ALLEGED POLICE BRUTALITY BY OFFICERS AND MEN OF THE SPECIAL ANTI ROBBERY SQUAD, SARS, NATIONWIDE, HELD ON TUESDAY 20TH OCTOBER, 2020

My dear people of Ondo State,
Providence ensures that I address you so soon after the last gubernatorial election held in the State. I cannot thank you enough for the peaceful conduct generally exhibited by you, especially our youths, during the exercise. The whole world acknowledges this exceptional exhibition of decency. This Administration appreciates your display of patriotism while exercising your right to choose without rancour.

Barring reports on few instances of skirmishes in some isolated and remote places, the general conduct commends itself as a model of civility which proved all projections towards anarchy as misplaced. Our people are never found wanting in all matters pertaining to the fight for social justice. We hold the record as an exemplary ambience which considers no sacrifice too great in support of equity and justice. I feel proud to share the same ancestry with the great people of this State.

The immediate purpose for addressing you today is not unconnected with the on-going civil protests in major parts of the country on the perceived and actual instances of brutality by some police operatives in the Special Anti-Robbery Squad, (SARS), throughout the country. It is salutary that most responsible adults reserve glowing tributes for the conceptual dexterity regarding planning and near-perfect execution of a programme of resistance which has gained global acclaim. The resilience, unanimity and commonality of purpose with which the organisers have approached the problem is an index of the progress we have achieved.
The nature of articulation of issues concerning the grievances offers relief for a society which grapples with social development with strict regard to the youths.

The Government is not unmindful of the current frustration. We empathise with our youths for the untoward experiences, the focus of this unrest. We offer our unreserved apologies for the seeming lapses which have contributed, largely, to the current misunderstanding. It is our fervent hope that the State will come out stronger from this experience.

Recall that I have had to express my solidarity with the youths of this country and our State on this major challenge. I thank the leaders of the youth parliament, all youth organisations and opinion leaders for their understanding. I use this medium to appeal to our youths to exercise restraint in ventilating their grievances. I must warn our citizens to be wary of infiltrators who may wish to take advantage of the crisis to cause confusion in the polity.

The Federal Government’s initial response has not only been the immediate ban of the vexatious Police Unit, SARS, it has also set up a Judicial Panel of Inquiry to deal with clear cases of infractions and abuse of the constitutional rights of citizens who have not violated any known law of the land. The panel has the mandate to recommend remedial measures and advise on related issues to ensure peace which is necessary for growth and development.

The Ondo State Government has moved with speed to commence the implementation of part of these decisions which fall within the purview of its mandate. Earlier today, I inaugurated an 8-man Judicial Panel of Inquiry headed by Hon. Justice Salisu Adesola Sidiq (Rtd). The Panel has other eminent and resourceful citizens, whose enviable pedigrees give assurance of the receipt of a comprehensive and useful report when the job is done, serving on it. The terms of reference are as follows:
i) To receive and investigate complaints of police brutality and related extra-judicial killings by the police in Ondo State.
ii) To evaluate evidence and draw conclusions on validity of complaints
iii) To recommend compensation and other remedial measures and
iv) To undertake any other assignment that may be deemed necessary pursuant to this purpose.
Pieces of news emanating from our neighbouring States are somewhat disturbing.

It is obvious that certain elements have hijacked the agitation originally meant to correct the manifest wrongs for which the operatives of the defunct SARS are accused. Correctional centres have been attacked by criminals and inmates set free with the attendant grave consequences. Some Police Stations have been burnt and arms and ammunition carted away. Some lives have been lost and property destroyed. The implications of this for the health of the society can better be imagined.
Our State has not experienced this ugly trend and it is our belief that the good people of the State will continue to display the same level of patriotism as the problem is not local.

We must stand against all acts which depict us as barbaric and destructive. We must all resist the temptations to join the bandwagon of directionless and unpatriotic Nigerians. The Government is looking seriously into all these issues with a view to resolving them and giving our youths confidence. This Administration has the obligation to protect all citizens including the youths. It will not shirk its responsibility in this regard.

Consequently, I direct that there should be a curfew for 24 hours starting from 12midnight today till further notice. All parents and guardians are advised to ensure that their wards are kept in their homes. All bars,banks, shops, petrol stations, shopping malls, markets, motor parks and all public spaces are to comply with this directive forthwith except those on essentials services will be permitted to be on the road. Security agencies have been directed to ensure compliance.

I admonish all citizens and residents of our great State to discourage violence and disturbance of peace throughout the State. I enjoin the security agencies to stand firm in the defence of the people. I thank our youths for their understanding.
I thank you for your patience.
Long live Ondo State.
Long live Federal Republic of Nigeria.