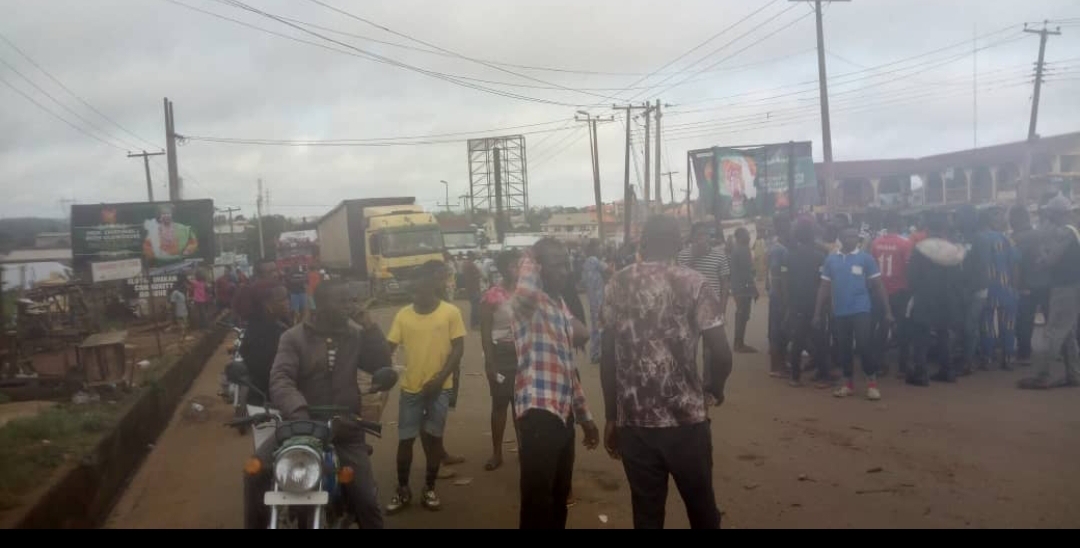 Despite the curfew imposed by ONDO state government on Tuesday, protesters at roadblock junction Orita Obele this morning ignored the order and  carried on with their protest.

Just along the protest,  Positive fm reports that police personnel in their numbers stormed Orita Obele Junction and their presence incensed the agitated crowd leading to a sporadic shooting of tear gas to the air so as to disperse the crowd.

As at the time of filing this report, the police personnel have departed from the scene of the protest maybe for the purpose of reinforcement while the protesters carried on with their protest.

Similarly, Youths in Akure the Ondo state capital have defied the curfew order of the state government as they came out in large number to continue their protest.

The youths at Otegbeye, Idanre road Oke-aro in Akure came out as early as seven in the morning and blocked roads in the area.

Our correspondent could not sight any security personnel in the environment.

The youths are asking for an end to an arm of the police, Special Anti-Robbery Sqaurd SARS and good governance.

The state governor, Mr Oluwarotimi Akeredolu had in a statewide broadcast placed a 24-hour curfew on the state