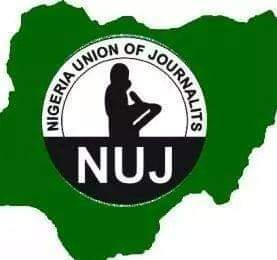 The leadership of the Nigera Union of Journalists (NUJ) in the South West has called for adequate compensation for all Journalists and media houses affected by the attacks carried out recently by hoodlums in the region.

The union also decried the attack on some media houses in the region by hoodlums, decribing the act as barbaric and unfortunate.

Besides, the NUJ called on the federal government and well meaning individuals in the society to give palliatives to the affected media establishments in order to bounce back to life in no distant time.

The union in a statement issued by its Vice President, Cosmas Oni and zonal secretary, Bamigbola Gbolagunte said the media contributed immensely to Nigerian democracy and should therefore not be target of attack.

Describing the attack on media as ill motivated and wrong signal to the international community, the NUJ called for immediate stop to any form of attack on the media or Journalists carrying out their legitimate duties.

Recalled that the corporate headquaters of Television Continental (TVC), the Nation newspaper, Lagos TV, Eko FM and Traffic Radio, all in Lagos were attacked on Wednesday by hoodlums.

Also, the Osun State Broadcasting Corporation (OSBC), Osogbo was attacked, while Channels TV and OSBC reporters were also victims of attacks carried out by hoodlums.

“The media have always identified with masses and together with other human rights activists, we fought for the enthronement of democracy in Nigeria. it therefore baffles our minds why we should be victims of attack in a democratic setting.

“It’s unfortunate that the media establishments affected by the attacks are all located in the South West region, which is the hub of Journalism in Nigeria. It is on this note that we call on the federal government to come to the rescue of the affected media establishments by providing relief funds for them.

“While calling for a thorough investigation into all the attacks carried out against media houses and Journalists in the last few days, we call for adequate compensation for all our members affected by the attack,” the statement added