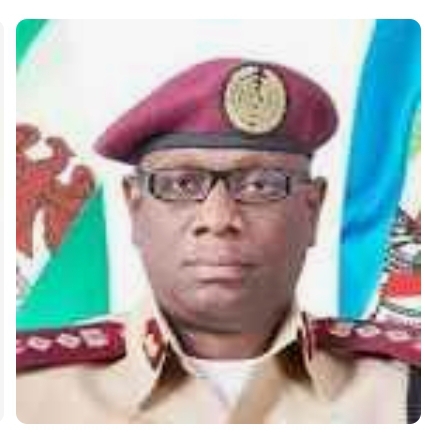 The Corps Marshal, Federal Road Safety Commission FRSC, Dr Boboye Oyeyemi has appealed to Local Government Administrations across the Country to relocate markets from the highways.

Dr Oyeyemi made the call while reacting to the recent road accident that claimed lives at the Ibaka area of Akungba Akoko, Akoko South-West Local Government Area of Ondo State on Saturday 31st, October 2020.

While Lamenting the huge loss of lives and damage to property occasioned by the unfortunate but avoidable incident, Dr Oyeyemi explained that the crash occurred at about 6.30 pm when a DAF Truck loaded with bags of rice rammed into the stalls in the market and crashed into a Toyota Camry saloon car, Toyota corolla and three motorcycles.

He said Out of the 23 people involved, 7 people were rescued with different degrees of injuries and taken to the hospital while 16 people got killed and their dead bodies deposited at the Specialist Hospital, Ikare and General Hospital Iwaro Oka mortuaries by the FRSC emergency rescue teams.

The Corps Marshal who spoke extensively on the urgency of such relocation also revealed that the Corps was concerned with the rising statistics of innocent citizens who have lost their lives as a result of building markets close to the highways.

He said that no strategy would yield results if government at the grassroots did not rise to the responsibility of checking commercial activities along the highway.

Commiserating with the families of the victims, Dr Oyeyemi advised road users to be more disciplined, maintain their vehicles regularly and always keep to the prescribed speed limit especially crowded places like markets.