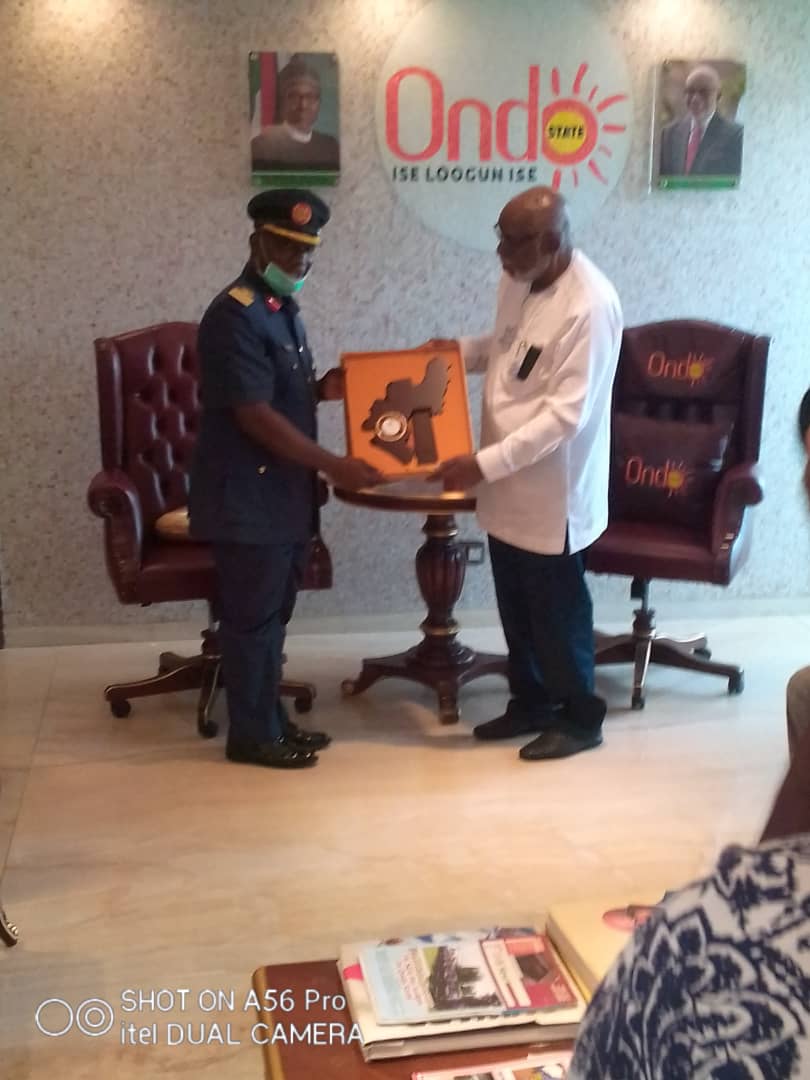 Governor Oluwarotimi Akeredolu has called for synergy among security operatives with a view to securing the country.

Charging the Air Force to make its presence more felt within the state and around strategic facilities such as Akure Airport, Governor Akeredolu assured that his administration would continue to support inter-agency security operations for sustainable peace in Ondo State

Earlier, The Commander 209 Quick Response, Group Captain Idowu Ayo said the the base had ensured security along the Ilesha-Akure axis with a pledge to continually secure lives and property of the people of Ondo, Osun and Ekiti States.