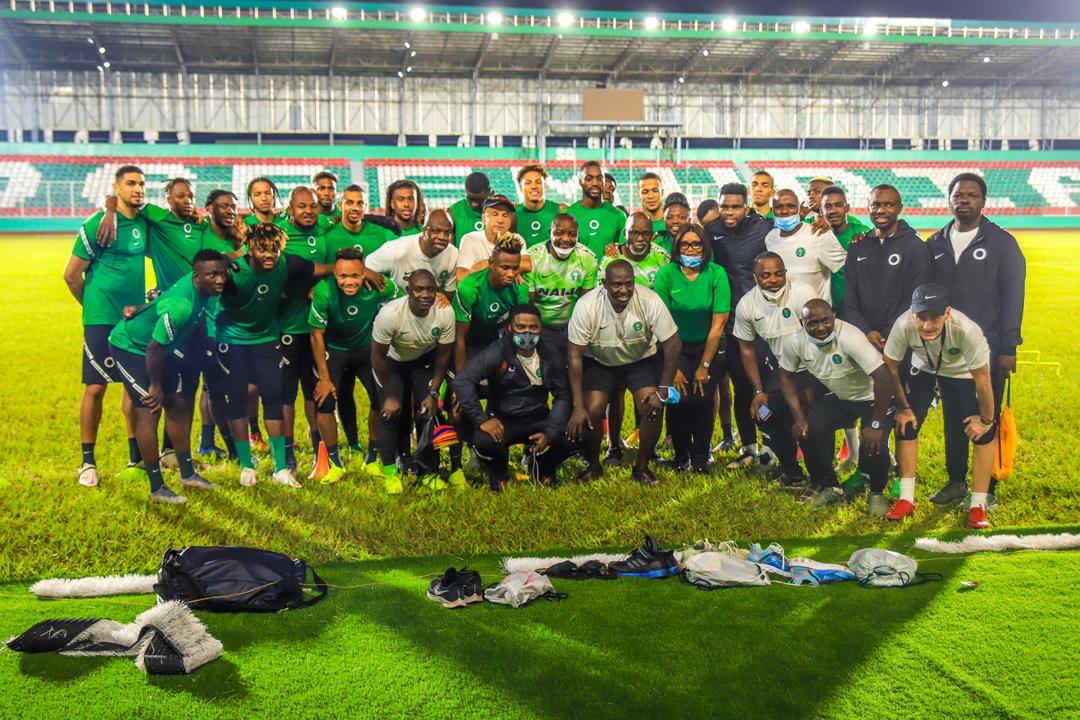 The Super Eagles squad and their officials will travel to Freetown, Sierra Leonean capital today aboard a chartered flight for the Tuesday’s 2022 Africa Cup of Nations qualifier against the Leone Stars.

The Eagles who played out a 4-4 draw on match day three against the Leone Stars at the Samuel Ogbemudia stadium last Friday will be eager to redeem their battered pride when both teams rekindle hostilities at the Siaka Stevens Stadium in Freetown.

Gernot Rohr’s side will be without their top marksman, Victor Osimhen for the encounter after the 21-year-old dislocated his shoulder in the reverse fixture in Benin City last Friday.

Osimhen who has scored four goals in the AFCON qualifiers for the Eagles and has made four assists as well will be out for at least two weeks.

The team is expected to fly back to Abuja immediately after the game on Tuesday.