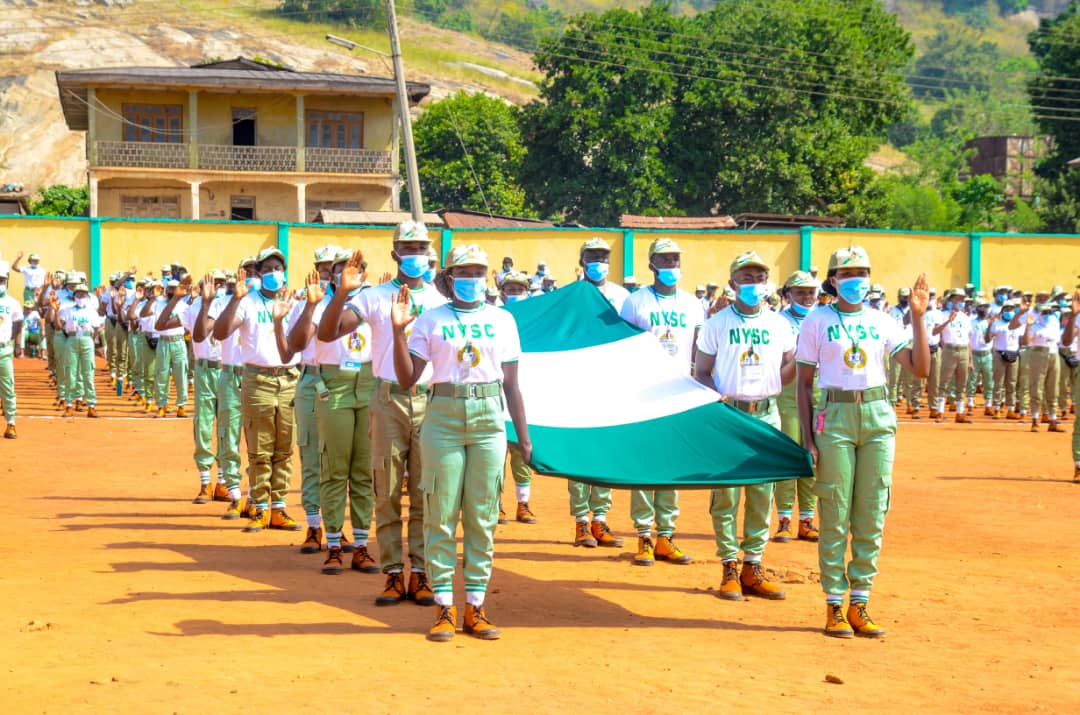 The Governor of Ondo State, Arakunrin Oluwarotimi Odunayo Akeredolu (SAN) has disclosed that the task of nation-building is a collective responsibility of both the leaders and the led.

Arakunrin Akeredolu made the disclosure today at NYSC Permanent Orientation Camp, Ikare Akoko during the Official opening/Swearing in ceremony for the 2020 Batch ‘B’ (Stream 1A) corps members deployed to Ondo State and their colleagues dislodged from Lagos State.

Akeredolu who was represented by the Permanent Secretary, Ministry of Youths and Sports Development, Dr. (Mrs.) Modupe Esofonie admonished the corps members to take all the four cardinal programmes of the NYSC seriously as this will justify the huge investment Government put at their disposal.

The Governor charged the members of the service corps to have a positive outlook on issues affecting us as a nation and continuously strive to contribute meaningfully at every sector they would be deployed to, and endeavour to create a lasting impression which will encourage the populace to crave for the sustenance of the laudable Scheme.

Akeredolu, noted that the orientation course contents have been packaged to prepare the corps members physically, emotionally, mentally and psychologically to learn the rudiments of sacrifice and commitment which the national service stands for.

“You will meet progressive minds from different ethnic groups and religions. Your ability to accommodate their divergent views and live peacefully with them is an assurance that under the right atmosphere, the youths will take us to a safe haven”.

“Your coming together should not be viewed or seen as a ploy to foster an ethnic, religious or cultural agenda of a particular zone or region, rather, it should be appreciated as a deliberate attempt by those in authority to make us speak one voice and see ourselves as one indivisible entity”.

He promised that his administration being a responsible one will continue to support and create enabling environment for the scheme to succeed in the state.

“In the same vein, we shall by the grace of God and in line with our core mandate provide adequate security to members of the service corps even though absolute security resides with our Creator” he said.

Governor Akeredolu said that as human beings who are not immune against diseases and sickness, advised them to report to nearest medical facility if their health status is threatened.

“We have put in place cut edge technology with the assistance of professionals in the medical field to contain whatever outbreaks we are contending with presently.

In her introductory remarks, the State Coordinator, Mrs. Grace Akpabio appealed to the prospective corps members to observe all protocols of COVID -19 as postulated by the Presidential Task Force on COVID -19 and National Centre for Disease Control (NCDC).

” For emphasis sake, you are expected at all times to wear your face mask during all programmes and activities, and ensure that you maintain both physical and social distancing “.

Mrs. Akpabio said that the orientation course is packaged among other things, to introduce them to the objectives and programmes of the NYSC Scheme, prepare them for the challenges of service and post service life, as well as acquaint them with the new socio-cultural environment they would find themselves.

The Chief Judge of Ondo State who was competently represented by the Hon Justice (Dr.) Oluwafeyisayo Kuteyi of Owo/Ifon Judicial Division administered Oath of Allegiance on 632 prospective corps members out of which 435 belonged to Ondo State and 197 dislodged from Lagos State.