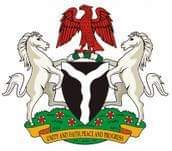 The Federal Government has appealed to the Academic Staff Union of Universities, ASUU, to resume lectures while negotiations continue.

Minister of Labour and Employment, Dr. Chris Ngige, made the appeal while speaking with State House correspondents on the stage of government’s negotiations with ASUU.

Dr Ngige explained that the government had met 6 of the 9 demands forwarded by ASUU, adding that the remaining 3 had partially been met.

He said ASUU should appreciate the concession made by the government, more so that apart from the issue of IPPIS, the other demands were inherited.

The further explained that the software for the salary payment mode submitted by ASUU was undergoing integrity test, which will be completed between 6 and 8 month’s time.

Dr. Ngige said even if the software passed the test, there would still be a problem of the provision of the hardware to back it.

He doubted if ASUU had the resources to procure them, cautioning that the government had also not made provision for it in next year’s budget due to the non-conclusion of the ongoing negotiation between the 2 parties.

Dr Ngige however said they hoped to meet this week to thrash out grey areas in their negotiations to enable students resume classes.