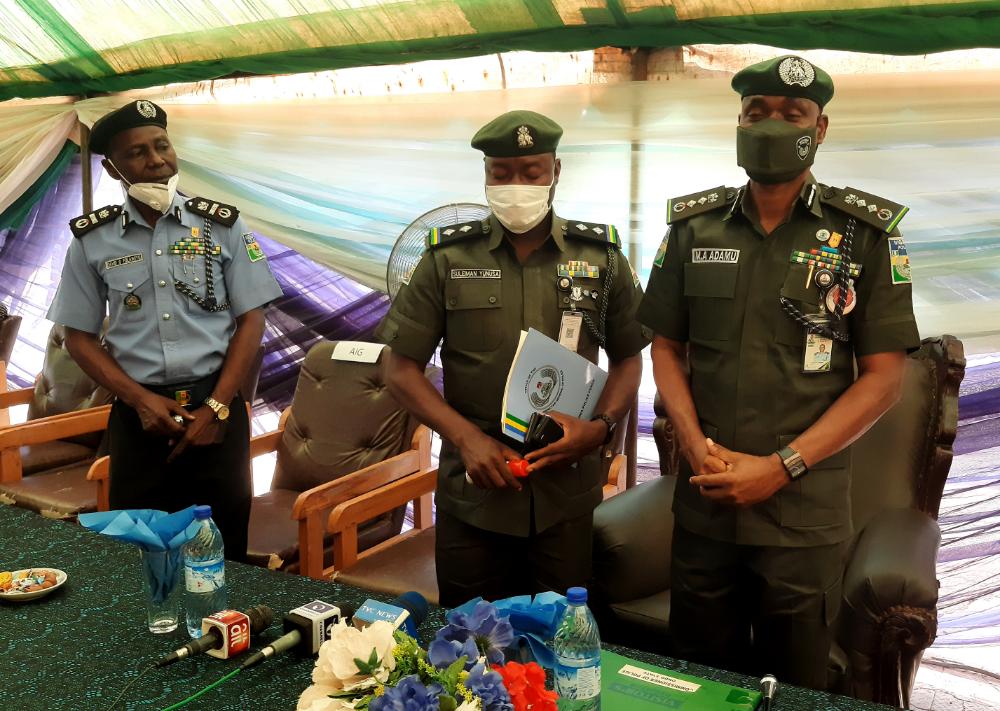 The Inspector General of Police, Mr Muhammed Adamu is now in Ondo state to assess level of destruction during the #EndSARS protests and to lift the spirit of his officers to carry out their lawful duties of protecting lives and property.

This is just as he declared that President Muhammadu Buhari had approved salary increment for all policemen.

Addressing a cross section of policemen at the police state headquarters, Igbatoro Road, Akure, the Inspector General pleaded with them to return to work with confidence urging them not to be demoralised by attacks suffered during the #EndSARS protests.

Mr Adamu said the recent mass promotion of junior officers was to encourage his men to do their job diligently more than ever before, noting that various reforms including introduction of police trustfund and health insurance scheme had been approved by the federal government to boost their moral.

In a remark, the Commissioner of Police in Ondo state, Mr Bolaji Salami, said over eight hundred policemen were promoted in the recent mass promotion.