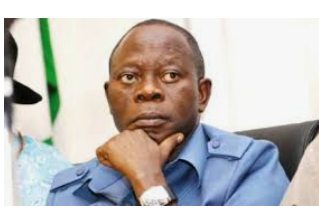 The disbanded members of the National Working Committee NWC of the All Progressives Congress (APC), led by Adams Oshiomhole have approached an Abuja Federal High Court seeking their reinstatement to their respective offices.

The group, led by Mr. Hilliard Eta, asked the court to stop the Governor Mai Mala Buni-led National Caretaker Committee (NCC) members of the party from going ahead with the planned national convention.

The suit is coming against the backdrop of moves by the NCC to conduct a revalidation of membership registration exercise before fixing a date for the party’s convention next year.

Eta, the plaintiff in the suit, through his Counsel, Chief Onyechi Ikpeazu (SAN), raise some questions before the court for determination.

The Mai Mala Buni-led National Caretaker Committee has not responded to the legal action.