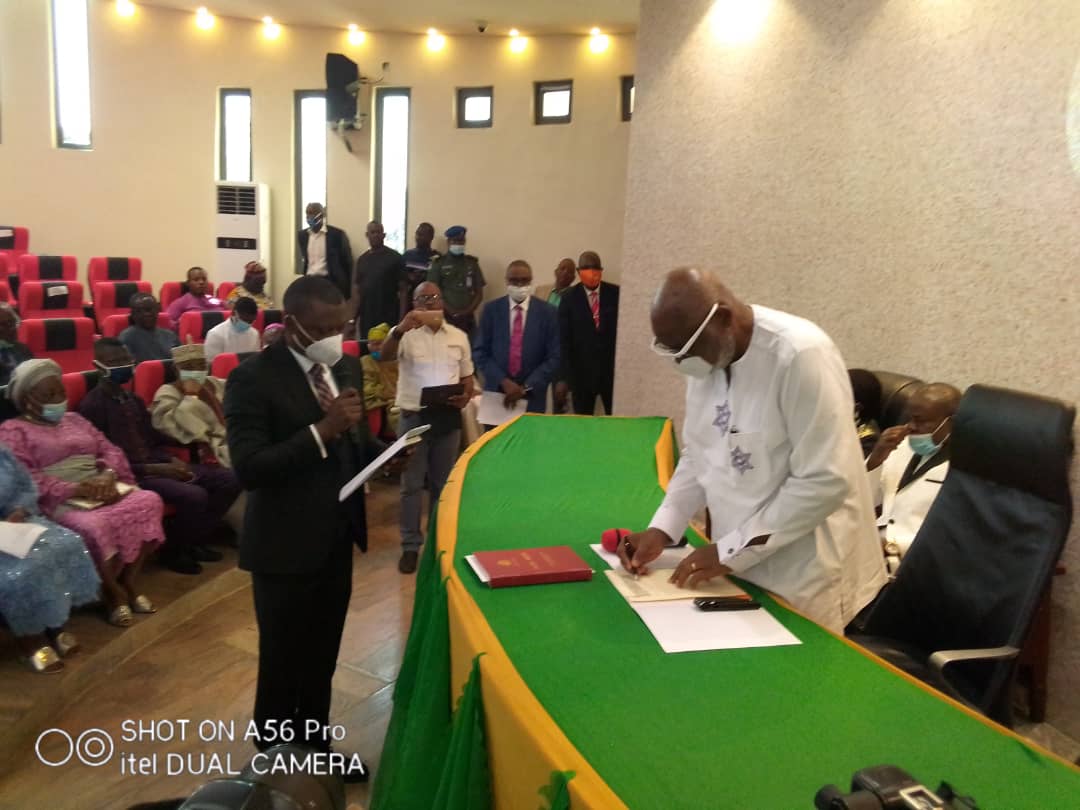 Performing the ceremony, Governor Oluwarotimi Akeredolu described Sir Titiloye’s choice as the best for being with the state since inception and had also been with the governor throughout his political struggle

Describing justice as key to good governance, Governor Akeredolu encouraged the new attorney general to discharge his duties accordingly by standing by the truth, justice and equity

Appreciating government for the new position, Sir Charles Titiloye pledged to discharge his duties in accordance with the constitution and the fear of God