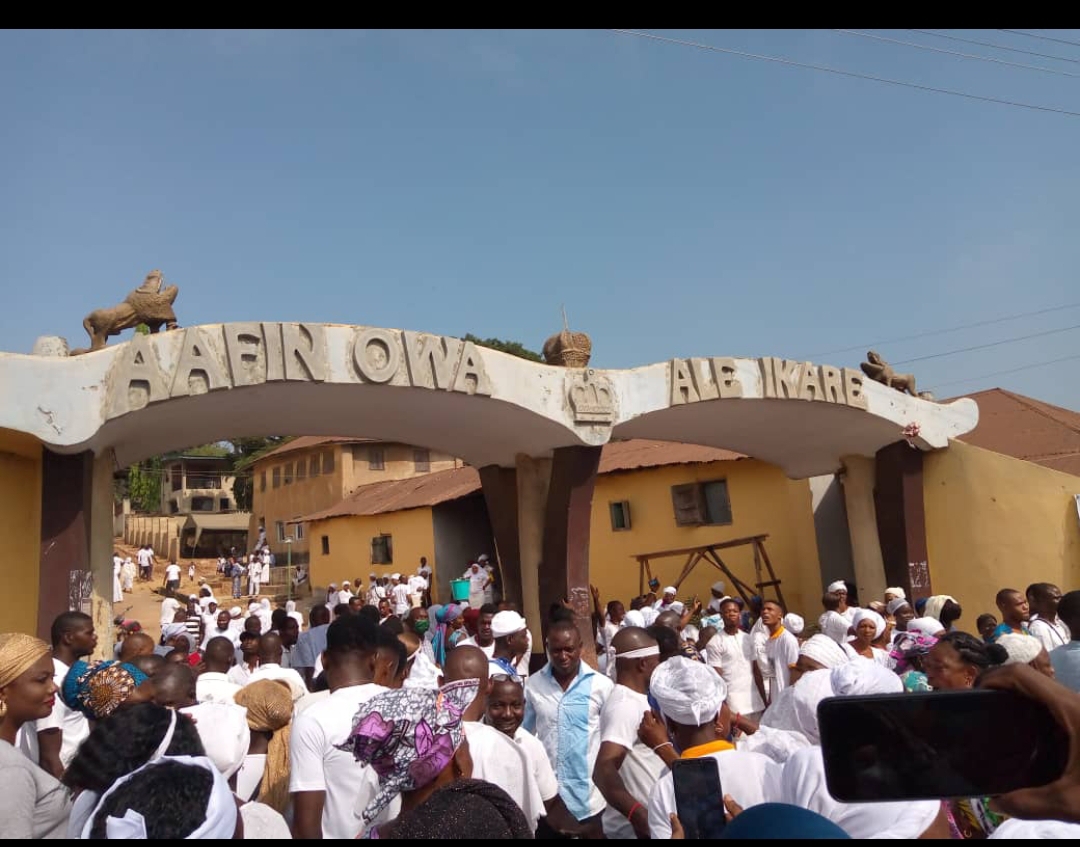 The traditional rites for the passage of the late Owa-Ale of Ikare land, Oba Samuel Kolapo Adegbite Adedoyin have begun in Ikare Akoko.

Residents of the ancient town, all clad in white attire, trooped out as the community officially announced the demise of the foremost Monarch who joined his ancestors three months ago.

For the sake of conventional practice, the formal pronouncement for late traditional rulers take three months after their demise.

Oba Adedoyin, joined his ancestors on September 1, 2020 after a brief illness after reigning for 48 years.

She underscored the importance of the official announcement, while noting that the established tradition must take its course.

Corroborating the Regent, the Olona of Ikare, High Chief Okunade Rafiu, said the announcement became imperative as some people never have heard about the passage of the prominent monarch.

He explained that the established traditions have not slided into oblivion, hence, all highlighted traditions must be followed.

Also speaking, the Asoju-Oba of Ikare land, Chief Olabisi Babajide, observed that his reign brought unprecedented development to the community, noting that his assiduous efforts made Ikare a Focal Point for commercial activities.

Meanwhile, the traditional rites continue till 12th of December where funeral service will be held on behalf of the late legal practitioner.