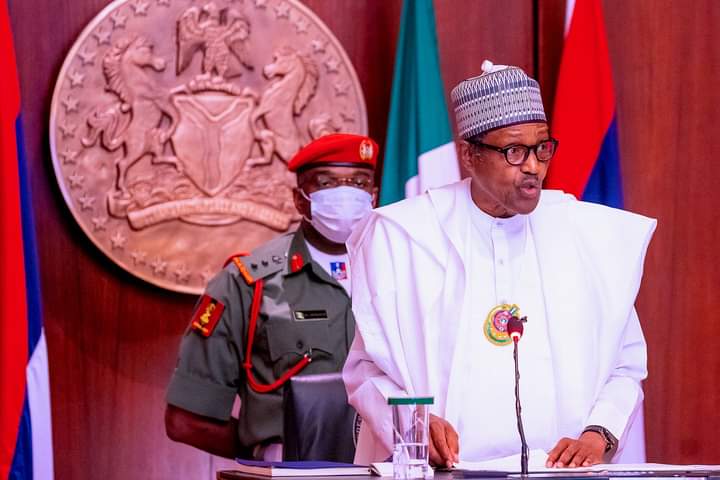 The House of Representatives has resolved to invite the President, Muhammadu Buhari to address members in plenary over the security crises across the country.

Earlier, plenary at the House of Representatives turned rowdy on Tuesday as members were sharply divided over a motion seeking to invite Buhari to appear before the lawmakers to explain the rising spate of insecurity in the country.

The House was considering a motion moved by members from Borno State on the recent massacre of 43 rice farmers in the state by Boko Haram insurgents.

Part of the prayers was to invite Buhari to appear on the floor of the House and address the lawmakers in plenary.

Efforts by the Speaker, Femi Gbajabiamila; Majority Leader, Alhassan Ado-Doguwa; and Chairman, House Committee on Air Force, Shehu Koko, among others, to have the prayer dropped proved abortive.

Gbajabiamila’s plea that a state of emergency be adopted instead was also rebuffed.

The speaker was forced to ask that the lawmakers have an executive (closed-door) session.

Emerging from the closed-door session, Gbajabiamila asked one of the sponsors of the motion, Ahmad Jaha, to make an amendment to the motion.

Jaha prayed the House to invite the president as proposed in the original motion.

The Speaker put the amended motion to a voice vote and it was unanimously adopted by the lawmakers.