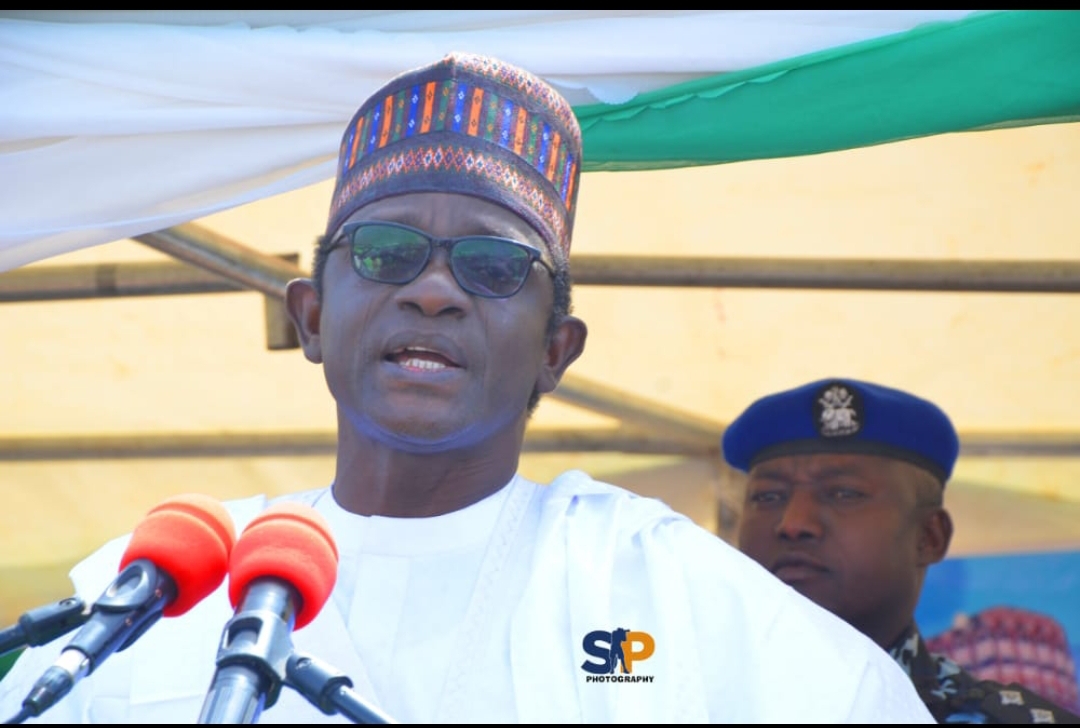 Governor Mai Mala-Buni of Yobe state has flagged off the construction of over five hundred and fifty shops capacity modern market in Potiskum local Government area of the state at the cost of two point six billion naira.

Already, construction work has reached advanced stage in the three local councils  that the governor performed its foundation laying within the last few months which include that of Damaturu, Gashua and Nguru.

Speaking at the foundation laying ceremony for the Potiskum market which is the forth, Governor Mala-Buni said over N195 million was approved for payment of compensation to owners of the land used in building the market.

He said the project was in line with his administration’s drive to boost trade and commerce.

He noted that, the market and the ongoing truck Transit Park project in the area would transform Potiskum from a major town to the commercial hub of the state and the North-East in general.

Govenor Mala Buni further appealed to the residents of Potiskum to give the contractor the necessary support and cooperation to complete the project within the agreed period of 12 months.

He also promised to build a befitting modern cattle market in the state to replace the existing ones.

He said the market was sited on 8.5 hectares of land and its inner structures include 575 shops, abattoir, administrative building, fencing, exit gates,conveniences, vehicles’ parking lots, security outposts and roads among others.

The commissioner charged contractor handling the project to strictly adhere to the specifications and hand over the project at stipulated period.