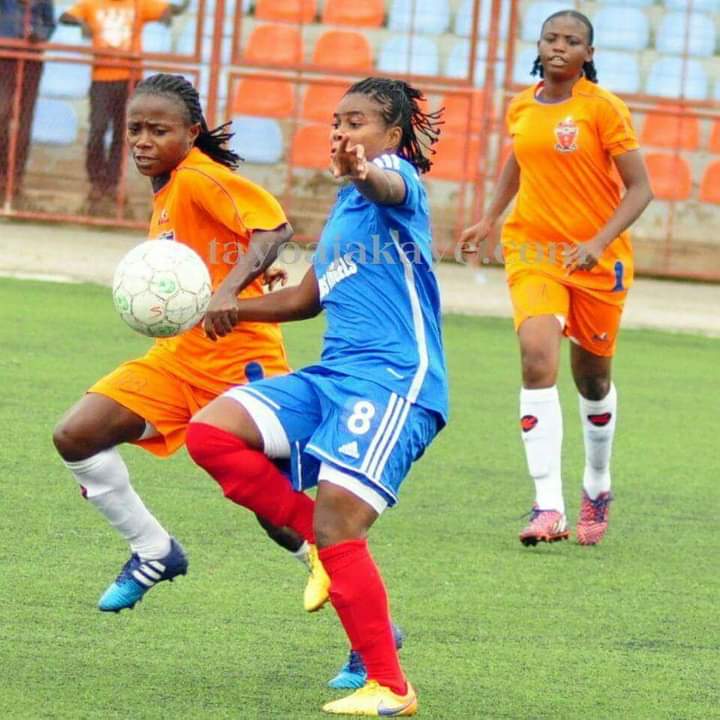 The Secretariat of the Nigeria Women Football League in Abuja this evening released the new fixtures for the 2020/2021 NWFL Premiership season, without listing the two relegated clubs; Adamawa Queens and Heartland Queens.

The two teams that fell short of club licencing and registrations were condemned to the second tier league, the NWFL Championship whose season will commence very soon.

With the new NWFL Premiership draws, the season opener comes up on December 9, 2020, with Nasarawa Amazons hosting FC Robo of Lagos at the Lafia Township Stadium, with kick off scheduled for 4pm, same as other league games on same date.

In match number 2, former Champions Bayelsa Queens will host Sunshine Queens of Akure at the Samson Siasia Stadium in Yenagoa.
The third game of the day would see defending champions, Rivers Angels playing away against Confluence Queens at the Confluence Stadium, Lokoja.

Match number 4, would see Delta Queens host Dream Stars of Lagos at the Agbor Stadium, while Edo Queens playing at home will battle against newly promoted Royal Queens of Warri at the Uniben stadium, Benin City, in match 5.

The Chief Operating Officer of the NWFL, Mrs. Faith Ben-Anuge said yesterday evening that;
“From the league statistics, the 2020/2021 NWFL Premiership season would see 182 matches played in the newly adopted straight league, that would be played over 26 weeks by the 14 clubs.”

She added: “This time around, there won’t a Super 4 as league champions would be decided from total points amassed, with goal difference plus and minus and head-to-head situations being a determinant in case of a tie for top clubs at the end of the season.

“The eventual champion and runners up will represent Nigeria at the CAF Women’s Champions League in 2021.”