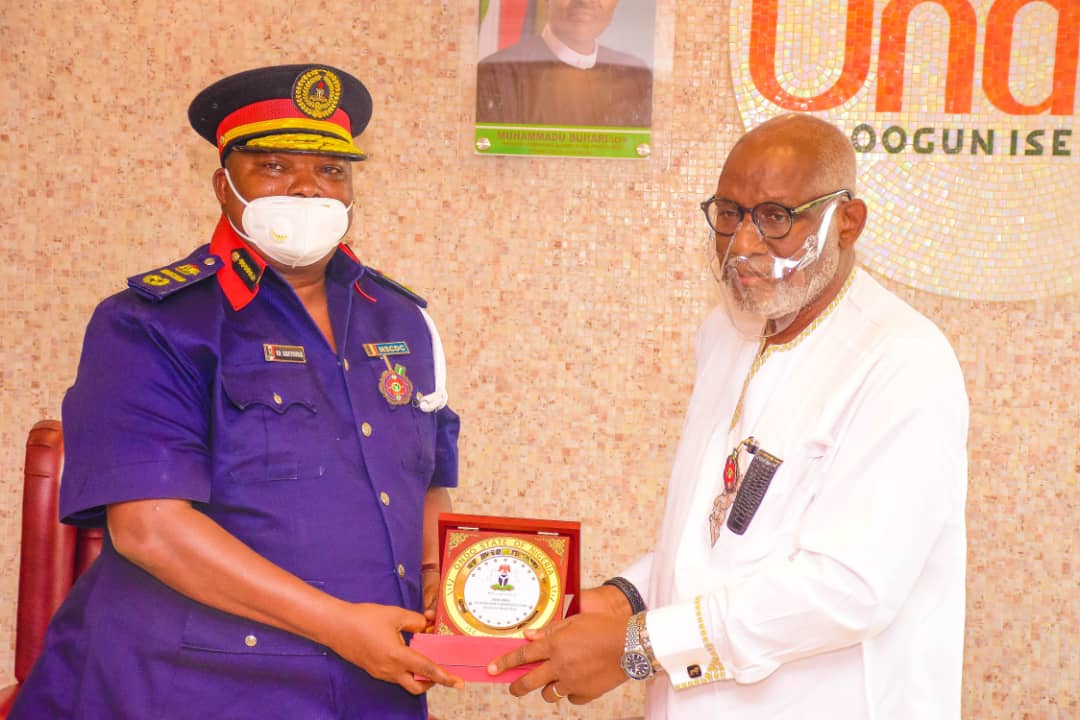 Governor Oluwarotimi Akeredolu wants the Nigeria Security and Civil Defence Corps to cooperate with the Ondo State Security Network Agency, code-named Amotekun in the areas of arrest and prosecution of suspected criminals.

Governor Akeredolu stated this on Thursday while receiving the Zonal Commander (Zone J) of the NSCDC, Mr. Fasiu Ayinla in his office in Akure.

He recommended that the NSCDC should form a synergy with Amotekun corps to handover suspects arrested during their operations to the NSCDC for prosecution.

Governor Akeredolu who pledged continual supports from security agencies expressed hope that collaboration between them and the Amotekun would enhance arrest of suspected criminals particularly with their sophisticated weapons.

Earlier, the Zonal Commander, Mr Ayinla disclosed that NCDC had collaborated with other Security agencies to tackle vandals and other criminal activities of across the state.