My Next Target Is Tyson Fury- Anthony Joshua 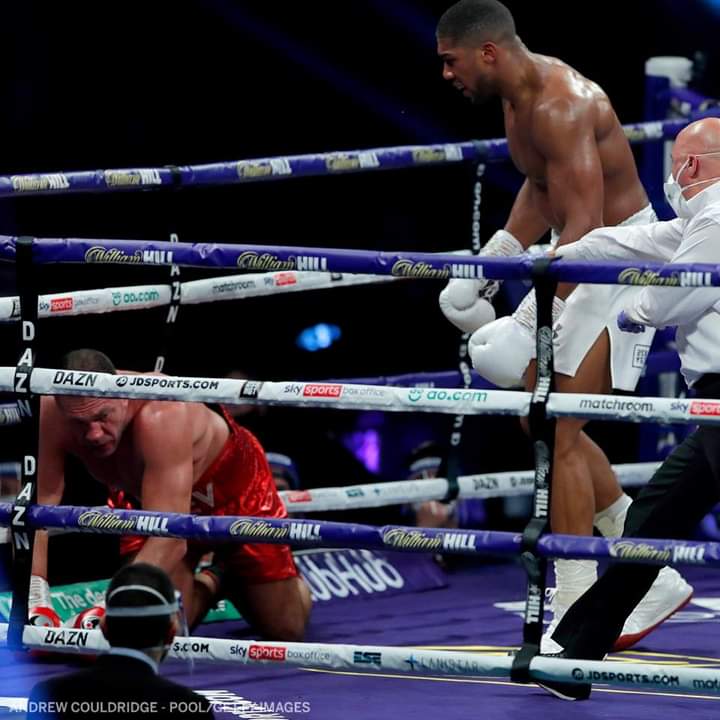 The much-anticipated clash with Fury is expected to take place in 2021.

In a post-match interview monitored by our correspondent, Joshua said he is determined to beat Fury to win the world heavyweight unification bout.

Joshua, who said his next target is Tyson Fury, expressed confidence in his boxing ability.

The Nigerian-British fighter added, “Whoever has got the belt, I want the belt. If that is Tyson Fury, let it be!”

When asked about Saturday’s match, he said, “Less talk, more action. I hope everyone was satisfied tonight.

“For me, I stuck to what I know best, boxing. You ask the crowd what they want to see!”

In front of 1,000 fans, Joshua delivered a dominant ninth-round knockout.

Joshua could have outclassed Pulev, who had lost just once previously in his career to Wladimir Klitschko in 2014, in the third rounds.k

Joshua gave his opponent three successive uppercuts in the ninth round to take his career record to 24-1.