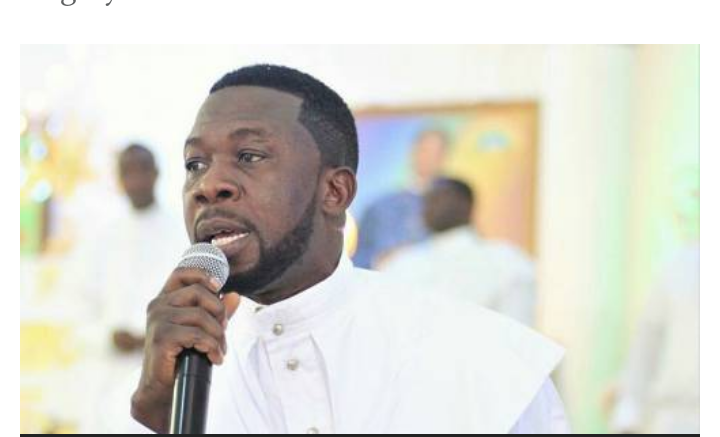 popular televangelist and the head Genesis Parish of the Celestial Church of Christ, Israel Oladele Ogundipe (a.k.a Genesis).

Justice Akinlade dismissed the application brought pursuant to S.6(6) of the Constitution of Federal Republic of Nigeria 1999 as amended S.51 of High Court of Lagos State, in a ruling, paving way for the convict continuing staying in Kirikiri Correctional facility.

Genesis in a motion on notice for bail pending appeal asked the court order, admitting the applicant to bail unconditionally pending the hearing and determination of the appeal.

In his 16 paragraph affidavit sworned by his lead counsel, Mr Olanrewaju Ajanaku in support of his application, the convict affirmed being a diabetic patient could not follow strict diet and constant specialised medical attention which has taken toll of his health thereby making him to be grunt looking.

He further said that prior to the convict incarceration, he was suffering from hypertension, pelptic ulcer and unending malaria which had worsen his health challenges since his conviction in November 18, 2020.

The state in its counter affidavit sworned by Rotimi Odutola prayed the court to refused the application noted that the convict
spanned several years before the court for trial, ” there was never a time the convict complained about his state of health during trial only for him to allude to facts about his alleged state of health now that he has being in custody for barely three weeks.”

Odutola averred that the correctional centers being a government center has adequate medical facility to manage the state of health of the convict. “Indeed, his health status truly requires treatment,the correctional centers also have a procedure for referral where an inmate s health case so demand without the prompting of anyone.”

However, ruling on the application, the court held that Genesis did not prove any special circumstances that could persuade the court to do so.

The judge further held that the Court of Appeal Practice Direction 2013 provides for quick hearing of criminal matters. ‘ The convict has not shown any medical records of his illness. Also he has not been to the prison hospital for treatment.So his appeal can be heard early by the court of Appeal.’

It would be recalled that the court had on November 18, 2020 convicted Genesis for conversion of property and stealing.

The state had since 2011 filed a seven counts charge against Ogundipe and was arraigned for obtaining by stealing, inducing delivery of money by false pretenses, unlawful conversion of property and forgery.

He was said to have illegally obtained from a London-based architect, Mrs Oladele Williams-Oni the sum of N11million between August 30, 2002 and 2005.

He had pleaded not guilty to all the counts charge delineated ID/162C/2009.

Justice Akinlade found the prophet not guilty of five-counts of stealing, inducing delivery of money by false pretenses, giving false information to a public officer forgery.

But was guilty on two counts of stealing and unlawful conversion of property not delivered. She therefore sentenced him to one year in prison on count two and four.

Justice Akinlade ordered that he should pay the complainant, a london-based architect, Mrs Oladele Williams-Oni the sum of N11million which he illegally obtained from her.

The prosecuting counsel,Mrs Rotimi Odutola, thanked the court for the well researched judgment.

The state called witnesses including the complainant to testify during the trial. Ogundipe was said to have fraudulently obtained N14million and 12,000 pounds in various tranches from the complainant on August 30, 2002 and December 2003, at No. 32, Bello St., Ladipo Estate, Shogunle, Lagos.

He was alleged to have received N2.9million from Williams-Oni to purchase an uncompleted building for her but fraudulently converted the money to his own use.

The prosecution said that between March and December 2003 at Commint Bereau De Change, Broad Street Lagos he stole 12,000 British pounds from the complainant which was meant for the purchase of four plots of land for building a mosque.

He was alleged to have stolen N8.5million between October 2002 and March 2003 from Williams-Oni for the purchase of landed properties in Lagos,” Odutola said.

The prosecution also told court that on different days between 2002 and 2003 he had received N2.6million from the complainant by falsely representing to her that he is man of God and that the money is to be used for his church.

Ogundipe also said to have forged a Nigerian International Passport which carried his photo in the name Sanyaolu Babatunde Solomon at the Passport Office located at Oba Akinjobi St., Ikeja, Lagos.