We Paid No Ransome On Abducted Students- Masari 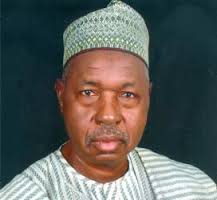 The 344 students of Government Science Secondary School Kankara in Katsina State have been released by their abductors following negotiations by the state and federal government.

Governor Aminu Bello Masari disclosed this in an interview with newsmen at the Government House in Katsina.

He noted that no ransom was paid before the students were released by their abductors.

He also explained that the Miyetti Allah Cattle breeders Association of Nigeria, MACBAN, mediated between security operatives and the armed bandits.

Masari explained that the children were confirmed to be in good health as they were  being conveyed from the Zamfara border to Katsina town.

The governor said he will personally recieve the children at the Government house before they will be subjected to medical examinations and subsequently reunited with their families.