BREAKING: COVID-19: Ban On Cross Over Service Stays As Ondo Govt, CAN Yet To Reach Agreement 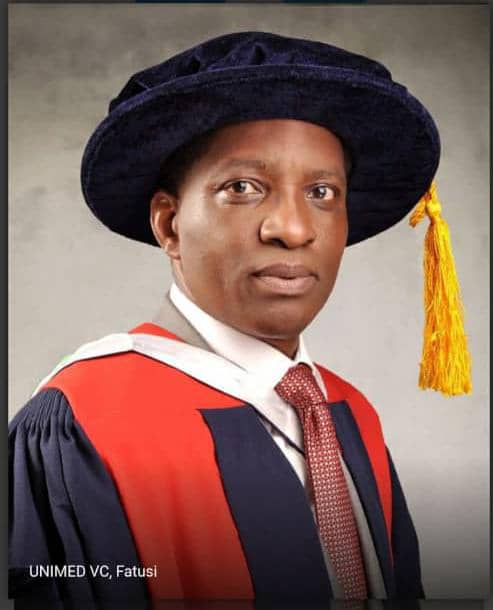 Ondo State Inter-ministerial Committee on Coronavirus (COVID-19) says the decision of the government to place a ban on Cross Over Vigil across the State is not about religion or targeted at one religion but aimed at strengthening public safety and strongly prevent the spread of COVID-19 in the State.

Chairman of the Committee and Vice Chancellor, University of Medical Sciences, Ondo, Prof. Adesegun Fatusi, stated this during an interactive meeting with various religious leaders and stakeholders in Akure.

The Don while commending some religious leaders and other stakeholders who had supported the government in its efforts at mitigating the spread of the infectious disease appealed to the Church to remain an agent of change.

He observed that there was the need for every stakeholder, including church leaders, to key into the fight against COVID-19, adding that government would continue to carry out advocacy and sensitization programmes to re-educate the people about the pandemic and its dangers.

Fatusi who admonished the leaders to obey government directive regarding ban on cross over vigil, promised to convey their appeal for lifting the ban to the Governor, for further directive.

In his words, “we are talking about a matter of life and death. People have talked about maintaining protocols in markets and other places, but focus on churches and mosques is because by their designs they spread COVID-19 more than open places. It is an enclosed place and people are more active therein. The likelihood of higher infection is very prominent. The decision to cancel cross over vigil is not about churches, you will recalled that the government cancelled Muslims gathering too, it is about subsisting order for prevention of outbreak of infection and reducing further spread of COVID-19”.

He therefore noted that the government was not biased to any religion but concerned about the safety of its citizens, thus, called on the religious leaders to cooperate with the government.

Corroborating his view, the Permanent Secretary, Ministry of Health, Dr. Oladipupo Durojaiye harped on the need for the people to celebrate in moderation and join hands in fight against the virus, in the interest of all.

He maintained that Coronavirus was novel and had continued to exhibit series of variants, thus, they must avoid large gathering or staying too long in an enclosed occasion.

Responding, the Ondo State Chairman of the Christian Association of Nigeria (CAN), Revd. Ayo Oladapo called on the government to permit churches to celebrate the Cross Over Vigil, stressing that churches have been educating the people on preventive measures against the pandemic.

He said the Association was law abiding and will not work against the directive of the government.

The CAN Chairman also requested for a stronger working relationship between the church and the government.