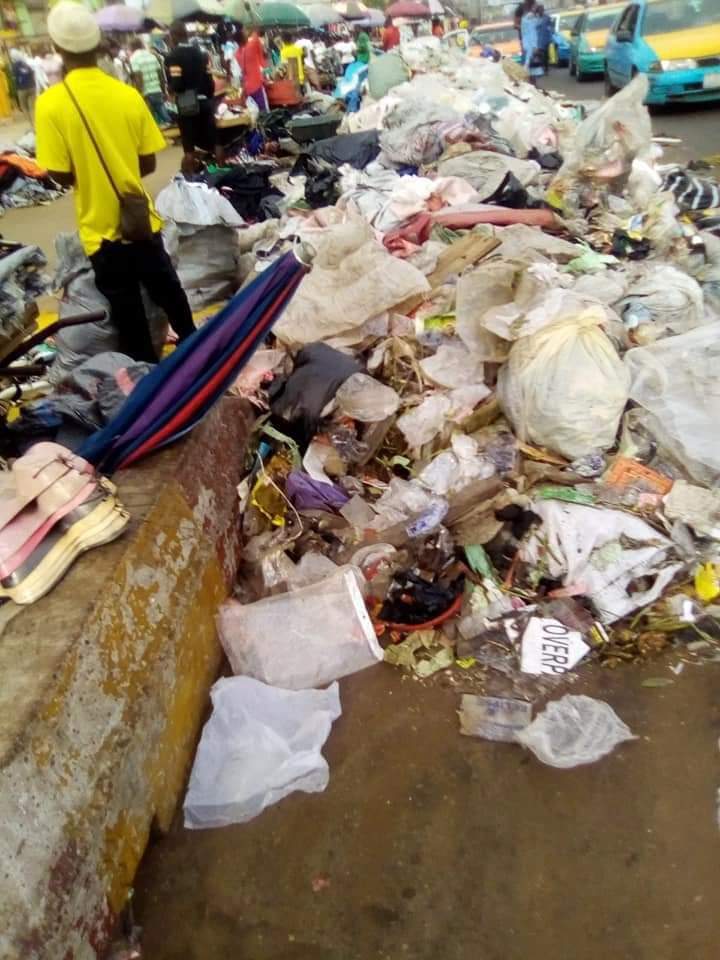 The adages, health is wealth and Cleanliness is next to godliness seem miles away from what obtains at present in Akure the Ondo state capital.

Major Roads in Akure once regarded as one of the neatest state capitals have now been taken over by dirts.

Infact the city was once designated as a millennium city and also won the award of being one of the cleanest state capitals in Nigeria.

All these have now been dumped in the dustbin of history as a ride through the state capital indicated a breakdown of its waste disposal mechanism.

All through the major roads are heaps of garbages littering everywhere and these happen oftentimes even when the filths eventually got cleared later.

Some of the locations dotted with these heaps of refuse are Bye pass junction, Arakale, Isinkan, Oja Oba, Oba Adesida / Oyemekun road .

It was discovered that the state government contracted the services of private companies to manage waste disposal but there were accusations alleging the government of not fulfilling its own part of the agreement most often resulting in the what is being experienced now.

A resident Miss Bolatito Arogundo blamed the ugly situation on goverment abandoning the state waste management agency for companies not having the capacity to deliver.

A health practitioner,  Mr Anthony Sado expressed the fears of disease outbreak with the development.

Ogundipe revealed that if well managed , waste disposal would become a business capable of generating revenue for the state and as well creating employment opportunities .

No doubt, Dirty environment Is a breeding nest for diseases , it is the expectations of residents that goverment would come up with workable means of waste disposal in the state and be much more concerned about returning the state capital to the former status of one of the cleanest.