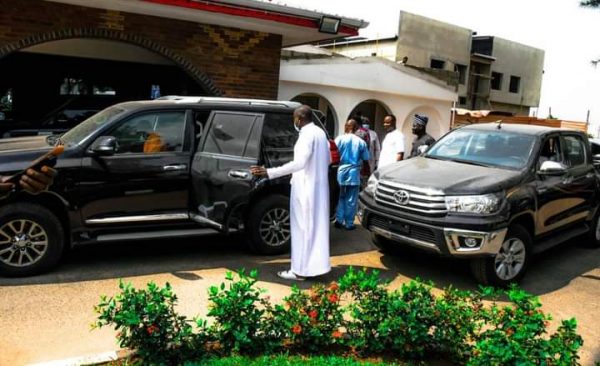 The Governor handed the official vehicles to the Deputy Speaker at the government house, Alagabaka, Akure

Mr Aderoboye who was accompanied by the Speaker, Rt. Hon. Bamidele Oleyelogun, majority leader, Oluwole Ogunmolasuyi and other principal officers of the house appreciated the state government for the gesture

Right Honourable Aderoboye emerged deputy speaker of the House of Assembly after the former occupant of the office was impeached by the majority of the lawmakers.