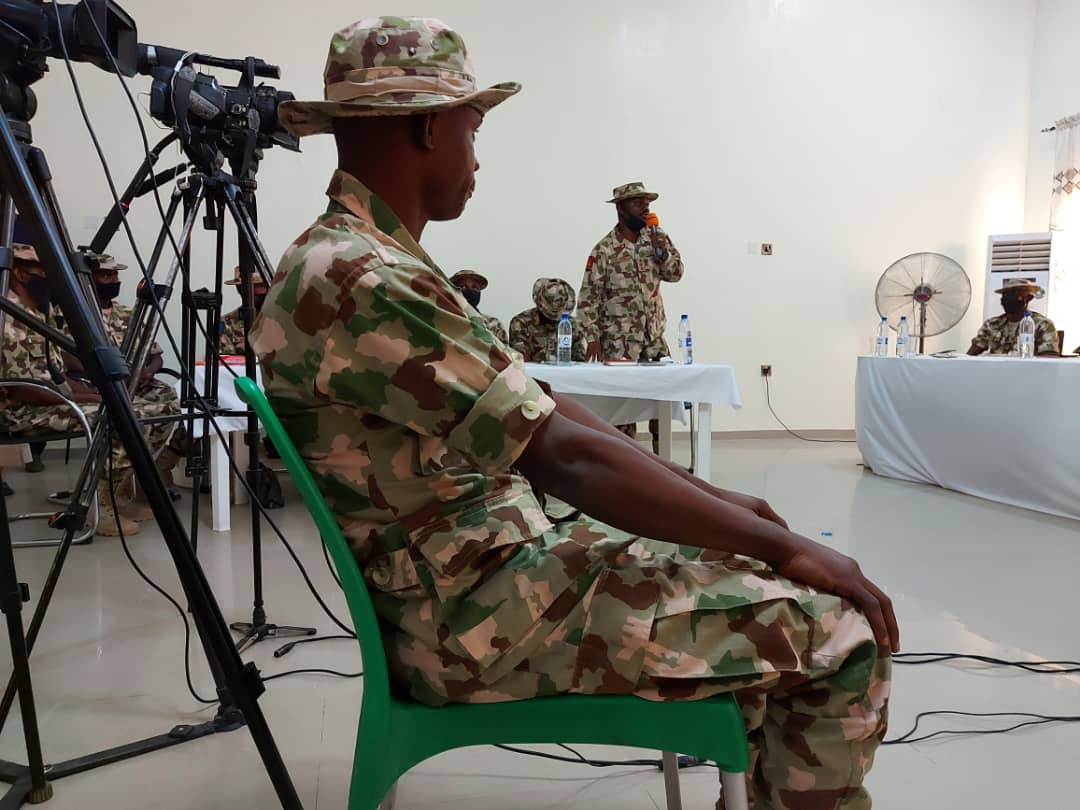 Delivering the judgement at Maimalari Cantonment Maiduguri, President of the Court, Brigadier General Arikpo Ekubi said the soldier was found guilty of murder punishable under section 106 sub section A of the Armed Forces Act 2004.

According to the President of the Court, the accused who was serving at 202 Battalion Bama deliberately fired nine rounds of ammunition on Lieutenant Babankaka Ngorgi who instantly died.

He remarked that the gruesome murder of Lieutenant Ngorgi who was the adjutant of the battalion by private Mmaduabuchi negates the tenants of military regimentation and professionalism as well as acrime against humanity.

“Your action is therefore viewed with displeasure and as an affront to the effort of the present leadership of the Nigerian Army, which emphasises on protection of human rights and professional responsiveness in the discharge of it’s constitutional roles”.

President of the Court declared that his actions clearly violates the rules of weapon and ammunition handling of the Nigerian Army.

Other judgements delivered by the court include that of Nigerian Army and Sergeant Sani Ishaya and 3 others also for manslaughter, where the court handed over a sentence from one to four years imprisonment.

Defence Counsel Mr AB Oriyomi said he is pleased with the judgements.

All the convictions are subject to confirmation by the appropriate superior authority.