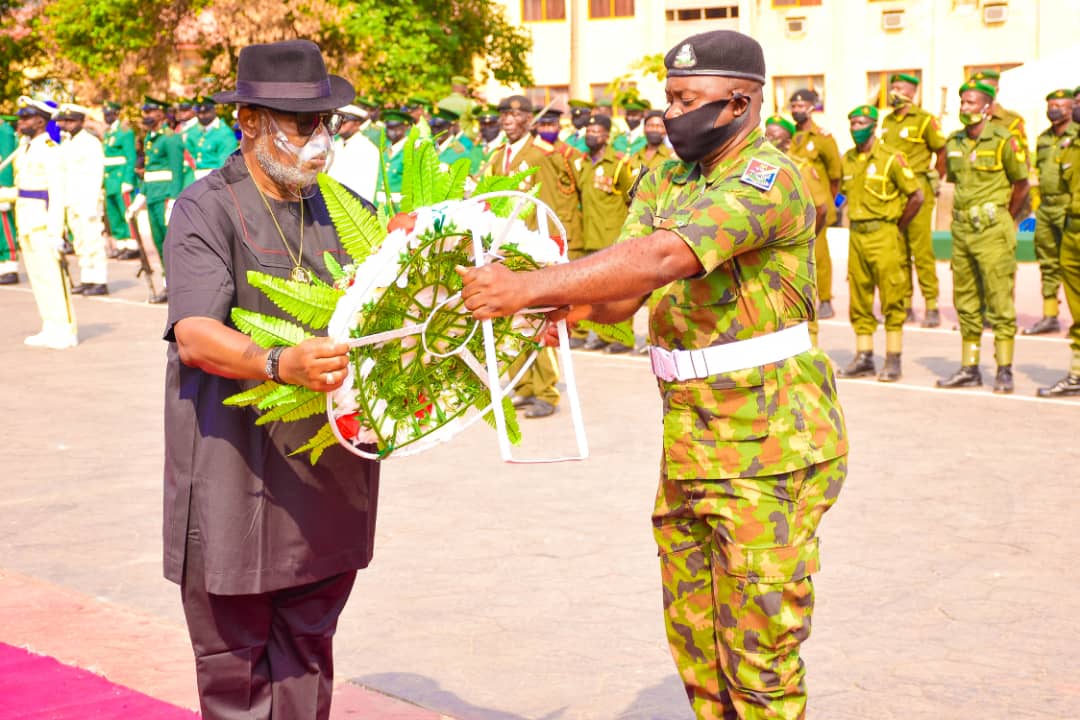 Governor Akeredolu made the appeal at the 2021 armed forces and remembrance day celebration in Akure the Ondo State capital.

He observed the daily decrease in the number of military personnel in the face of the ongoing fight against insurgency, terrorism, kidnapping and armed banditry.

Mr Akeredolu argued that the step would not only boost the military strength but would also enhance local intelligence to get perpetrators.

The governor implored the federal government to provide technologically aided equipment for the military with the assurance that Ondo state government would also continue to assist families of the fallen heroes with generous donation.

Earlier, the commissioner for Women Affairs and social development, Mrs Titi Adeyemi had solicited supports for the families of the fallen heroes to boost the morale of serving personnel and the living heroes

Highpoints of the event included parade, wreath laying and presentation of softloan cheques to families of the departed heroes by the state’s chairman, micro credit agency, Mrs Kolawole Kosemani.

The event was attended by security chiefs, religious and traditional rulers including Brigadier General Zakare Abubakar and Deji of Akure, Oba Aladetoyinbo Aladelusi

Armed forces and remembrance day is an annual event in memory of the nation’s fallen heroes and veterans, recounting their sacrifices during the first and second world war, Nigerian civil war and peace support operations around the world.