2023: Use Wisdom Not Power- Ooni Charges Politicians Campaigning For Tinubu 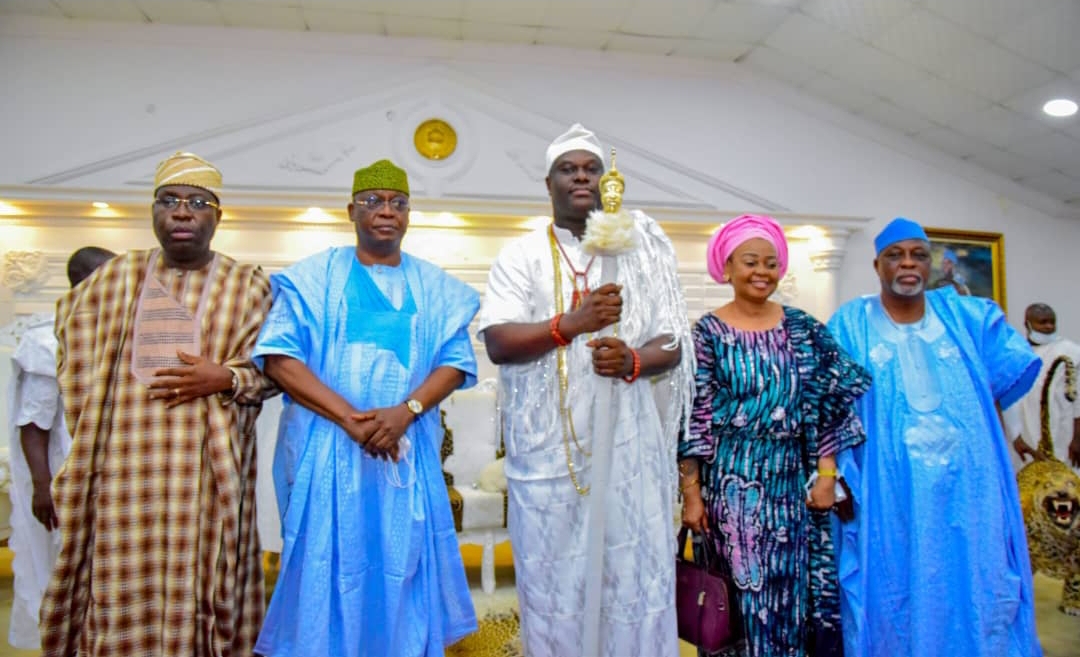 The Arole Oduduwa & Ooni of Ife, Ooni Adeyeye Enitan Ogunwusi Ojaja II, has urged politicians promoting the presidential ambition of the National Leader of the All Progressives Congress, Asiwaju Bola Tinubu, to deploy wisdom and avoid arbitrary use of power.

The Ooni who doubles as the Spiritual Head of the Oduduwa Race worldwide explained this while receiving organizers of the South West Agenda (SWAGA); a political group projecting the ambition of Senator Tinubu.

Ooni Ogunwusi who explained that the reported ambition of the former Lagos State Governor is a good signal for the Yoruba race, added that such lofty dream could only be realized through unity.

“Asiwaju Tinubu is a very great descendant of Oduduwa. He’s such a unique Yoruba son and we are always proud of him. He is popular and known for uprightness.

“But first, I want to challenge all politicians here this afternoon to first go and work on yourselves, you must be United if you are indeed for the Yoruba race. It is you people that form political parties, change from one party to another among other things.

“With all that said, I want you to know that many will rise with similar interest and it is allowed. I implore you and your principal to deploy wisdom not power so that we will all be on the same page.

“We Yorubas are Omoluabis and I want you all to know that everything is not politics. With these in mind, it shall be well with us and we are good to go.” The Ooni admonished.

Earlier in his address, the Chairman for the South West Agenda (SWAGA), Senator Dayo Adeyeye, explained that the visit was to seek the spiritual blessings of the Co-chairman of the National Council of Traditional Rulers of Nigeria(NCTRN) in recognition of his status as the head of the Yoruba race worldwide.

“Baba, this is the highest throne in Yorubaland and Ile-Ife is the town that gave birth to all the entire Yoruba race. We have come here today seek your blessings and support towards the actualization of having a Yoruba man as the next president of the Federal Republic of Nigeria in 2023. In this quest, we have found Asiwaju Bola Ahmed Tinubu worthy and that is why we have embarked on this assignment even without being sent.

“We Yorubas must unite ourselves to realize this and not make ourselves tools in the hands of those who might be willing to divide use against ourselves. SWAGA is well known to almost everyone in the country including those from other parts who have declared support for the movement.”

In the same vein, Osun State coordinator of the group, Hon. (Mrs) Ayo Omidiran, noted that they are always in touch with the Ooni and will always keep him informed on all activities.

The event which was spiced with several traditional performances was well attended by top politicians across the country including Hon. Ajibola Famurewa, Hon. Rotimi Makinde, Hon. Bisi Odewumi, Tilewa Sijuwade among others.