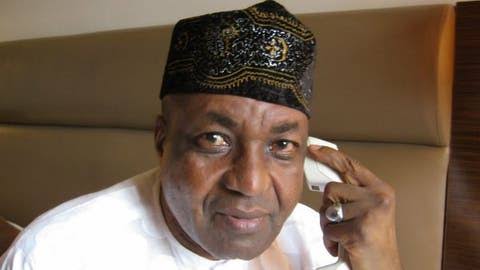 A former Minister of Sports, Bala Bawa Ka’oje, has died

Ka’oje, was also a former House of Representatives member from Kebbi State.

A statement titled, ‘Former Sports Minister Ka’oje dies at 60, buried in Abuja’ on Tuesday by the spokesperson for the Nigeria Football Federation, Ademola Olajire, described the death as a huge loss to the football community in Nigeria.

The statement quoted NFF General Secretary, Dr Mohammed Sanusi, as describing the deceased as “a dignified and unassuming public servant who showed great passion and interest in the development and improvement of Nigeria sports.”

His remains were interred in Abuja on Tuesday afternoon according to Islamic rites.

The NFF was represented at his burial by the General Secretary, Dr Mohammed Sanusi and Head of Member Associations, Ali Abubakar Muhammed.