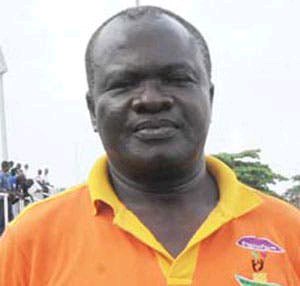 Super Eagles former goalkeeper trainer and assistant coach Joe Erico has died at 72.
Erico, nicknamed ‘Jogobonito exponent’, passed away on Tuesday morning in Lagos surrounded by his family, during a brief illness.

“I feel sad informing you that coach Joe Erico passed on this morning [Tuesday],” Aghedo told Goal.
“He complained of stomach ache yesterday and he was subsequently rushed to the hospital, where he was told to present his Covid-19 test result before he would be attended to.

Coach Erico went for the test as directed and very early this morning he passed away. It’s a terrible news at this point in time and everyone of us is devastated.

We are consoled by the fact that he served Nigeria with all his strength and he lived a good life worthy of emulation.” Goal