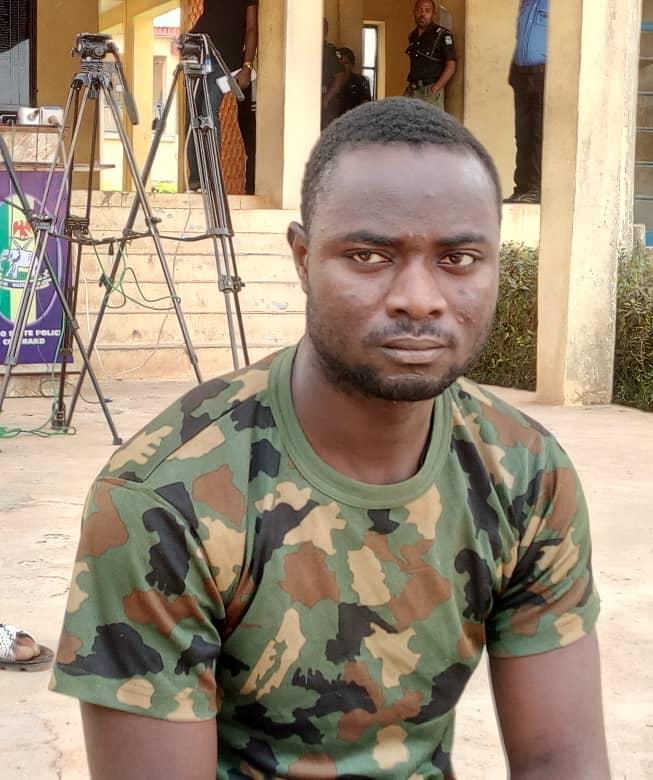 Positive Fm gathered that the fake soldier was apprehended at Araromi area of Akure, the state capital.

Addressing newsmen at the Police Headquarters in Igbatoro, the Commissioner of Police, Mr Bolaji Salami said investigation showed that the suspect had been using the fake army Uniform to intimidate members of the public and confessed to the crime.

The Commissioner said twenty suspects were also nabbed for alleged kidnapping, armed robbery and defilement of a minor.