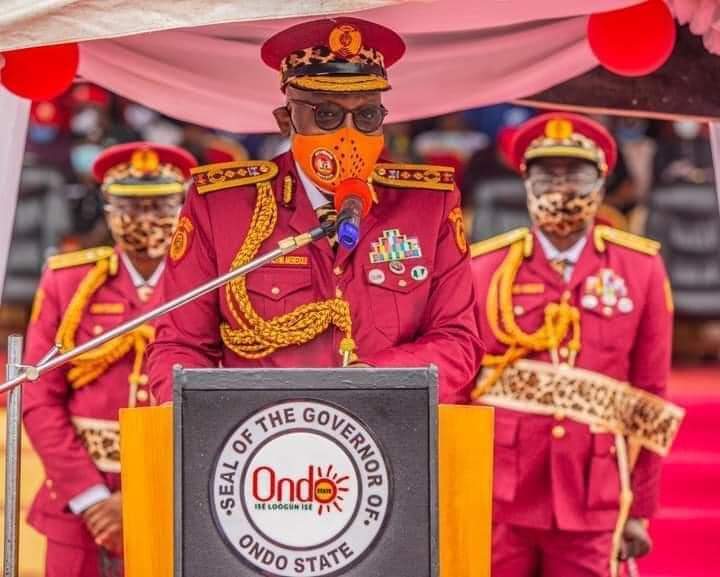 The approved massive recruitment is the second batch since the creation of the security agency as part of the efforts of the Governor to beef up the operation of the security outfit in fulfillment of its mandate as contained in the Ondo State Security Network Agency and Amotekun Corps Law 2020.

The categories of officers to be recruitment included regular officers, intelligence Corps and volunteers.

Interested and suitable applicants must be from 20 to 70 years while they must possess at least, first school leaving certificate.

The applicants must also be medically and psychologically balanced with good character and good working knowledge of immediate locality.

According to a memo signed on behalf of the Corps commander, Tunji Adeleye by Lanre Amuda, submission of forms and screening of candidates will open from Wednesday 27th January to Monday, 8th February, 2021.

Governor Akeredolu had hinted last December that his administration would recruit more eligible personnel into the Amotekun corps as part of his efforts to stem the tide of kidnapping and other criminal activities in the state.