Four kidnappers killed in Ondo after clashing with soldiers 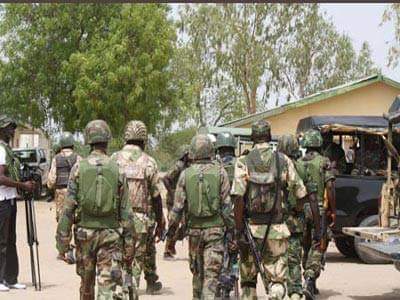 The kidnappers had barricaded the road, while attempting to abduct some travellers before they were attacked by the soldiers who were said to be on patrol along the expressway.

It was learnt that the kidnappers had already abducted some victims when the soldiers got to the scene.

A source said the soldiers engaged the kidnappers in a gun duel that last for almost an hour.

The source added that kidnappers left the victims and ran into the forest while the injured soldiers were taken to the Federal Medical Centre, Owo.

He said men of the command were already in the forest in search of the bandits.