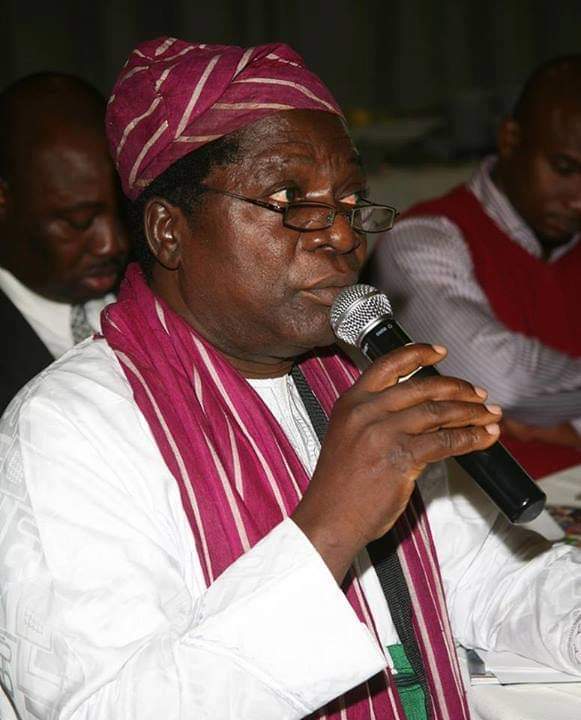 The Chairman of the Zenith Labour Party, ZLP, In Ondo State, Chief Joseph Akinlaja has called on President Muhammadu Buhari to come out and dissociate himself from criminal elements using fulani herdsmen as cover to unleash terror on innocent travellers and farmers in the state and the southwest region as a whole.

Speaking with newsmen in Akure, Chief Akinlaja said President Buhari should publicly condemn and warn criminal elements either from yoruba, fulani, igbo or Hausa to desist or face the full weight of the law.

The ZLP Chairman who is also a former Member of the House of Representatives, pointed out that the President as a commander in Chief of Armed forces had been too silent on the matter nothing that this may further aggravate killings, kidnappings, banditry and other security challenges confronting various parts of the country.

The former lawmaker who noted that President  Muhammadu Buhari must emulate Chief Olusegun Obasanjo who displayed nationalistic trait by arresting and prosecuting suspected criminal elements among members of the Oodua People’s Congress (OPC) when he was President between 1999 and 2007.

On the South-West governors’ meeting in Akure with Miyyetti Allah national leadership, Akinlaja who described the parley as a welcome development, warned herdmens against flouting the lawful 7days vacation order of Governor Oluwarotimi Akeredolu to those occupying forest reserves illegally.
“When i was in Lagos, Cow left devastating effect on Nigerians, for example, Dosu Joseph (a Nigerian goal keeper) lost his live when he rammed into the midst of cattle.

Akinlaja said, “President Muhammadu Buhari should speak out now so that his body language will not show that he is in support of criminal elements.

“It is pathetic that everybody is  mentioning Fulani every where. His body gesture over the years means alot. Many resting on the poles of the President are actually perpetrating the heinous crime. So if he speaks and warn criminal elements, this sole act will wipe out the kidnappers.