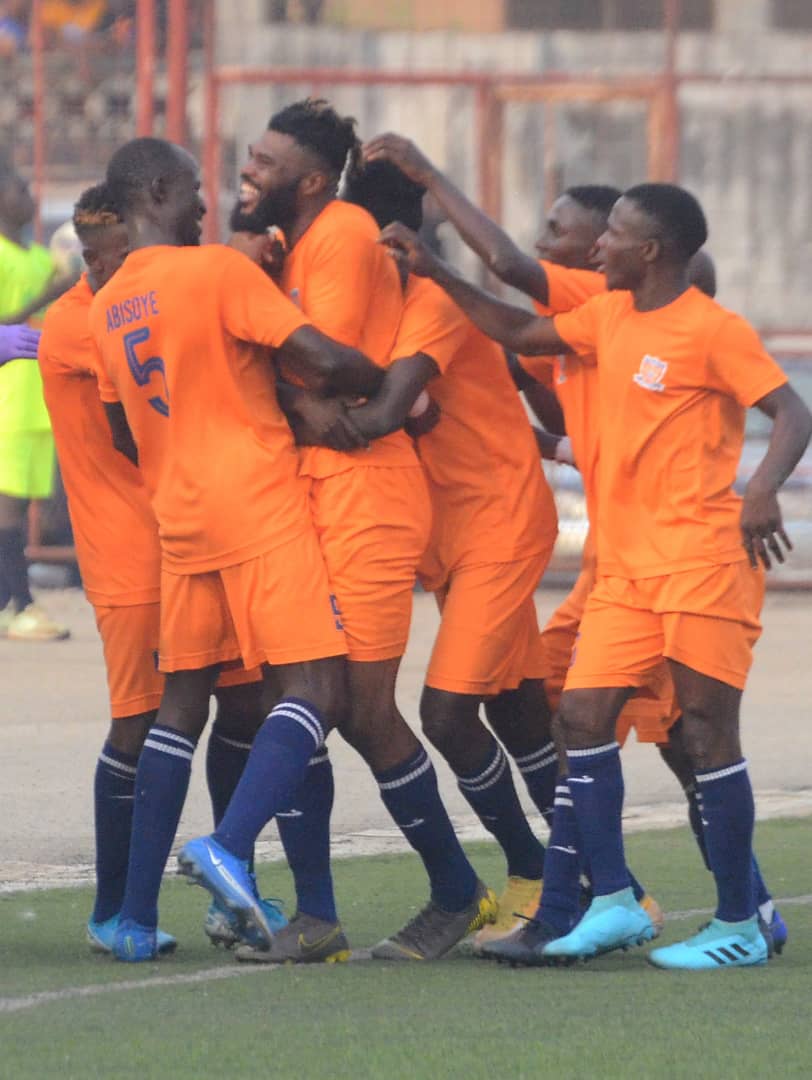 Sunshine Stars rise in the 2020/21 NPFL continue with a convince 3-1 victory over Rangers in a dramatic week seven encounter at the Ondo State Sports Complex, Sunday.

Red-hot attacker and league top scorer, Sadeeq Yusuf put Sunshine Stars ahead with a clinical strike after 24 minutes of play.

Then Fuad Ekelojuoti doubled the advantage 10 minutes later, bundling home at goal mouth from Chinedu Udechukwu’s effort to ensure the Owena Whales head into the break with a healthy two-goal lead.

The Flying Antelopes were at the front foot at the restart and deservedly halved the deficit through Godspower Aniefiok’s header off a free kick just before the hour mark.

The visitors momentum was killed off two minutes later when Udechukwu moved from provider to scorer, headlining his immense contributions to the game with a set-piece goal that restored the hosts two-goal cushion. It was his first in the orange and blue jersey.

A dramatice episode ensued 12 minutes from time, with the referee brandishing Sunshine Stars’ defensive marshall, Bright Akpojuvewho and his Rangers counterpart, Ifeanyi Nweke a red card for misconduct as tensions boiled over during a heated moment that almost degenerated into a free-for-all.

A late rally from Rangers saw Femi Ajayi fired wide from inside the hosts vital area, while Waheed Adebayo failed to hit the target when served with a clear cut chance to make the win even bigger in stoppages time.

Sunshine Stars comfortably closed out the game for their first win over Rangers in seven meetings and rose up to fourth in the log with 13 points.

Coach Gbenga Ogunbote of Sunshine Stars appeared very satisfied with the outcome of the game and had some kind words for his former side, Rangers at the post match presser.

Ogunbote: _”For a team to have won 3-1 and we are talking about almighty Rangers; it’s a grade a game and I think it was good one for us. It will only give us courage that we can still do it._

_”As it is now every team will want to beat Sunshine Stars, but all we need is to buckle up, take our chances and improve on our game. At away game if we have a level playing ground, we can still come out with a positive result._

Sunshine Stars next visit Okigwe for a match day eight contest with Abia Warriors on Wednesday.