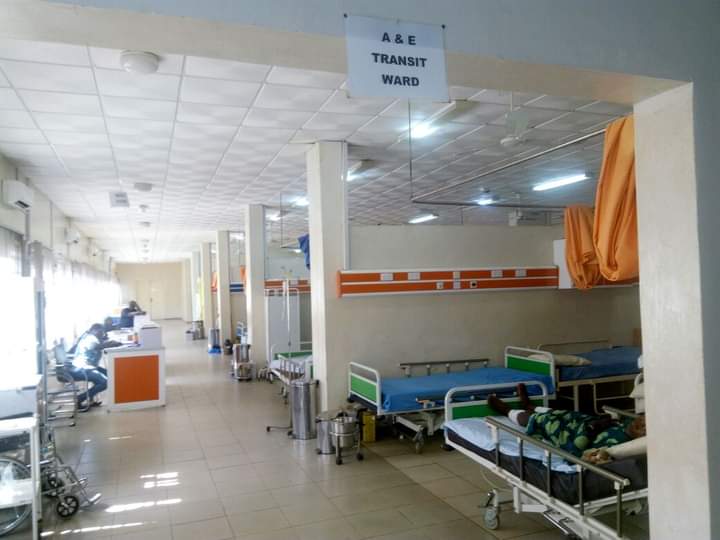 Doctors in Ondo State have begun an indefinite strike action over payment of 50 percent salary for the month of November 2020 by the government.

Recall that civil servants in the state last week agreed to collect half salary as well as adopt the model in use by Local Government/SUBEB for future salary payment.

Governor Rotimi Akeredolu had informed the labour union leaders in the state that borrowing to augment payment of salary was no longer sustainable in the state.

The state Head of Service, HOS Dare Aragbaiye had last week displayed Federal Allocation receipts for the month of December, 2020 but shared in January 2021 in which the state allocation for the month of December was N2.3bn after deductions of government obligations whereas total gross salary (Net + deductions) payable to all categories of workers summed up to N5.21bn.

However, the doctors under the auspices of Ondo Government Doctors Forum (OGDF) said they were not carried along by organised labour in reaching the deal of half payment of salary.

Their spokesperson, Dr. Omolayo Olubosede said they were not members of organised labour in the state but professional bodies.

He pointed out that they have earlier written to Governor Rotimi Akeredolu intimating him of their plight but did not get any response.

According to him, “the doctors would only resume work after payment of all salary arrears owed them, appointment of more doctors to replace those that left, implementation of Group Life Insurance amongst others.

She appealed to residents in the state to understand their plight during the period of the strike action.

“Doctors in Ondo are working under harsh condition. We cannot work from home. It is unfathomable that we are being paid half salary. We are not insensitive to the hardship this action will bring. It is our hope that the government get back to us.”

The Commissioner for Health, Dr. JIbayo Adeyeye, said the letter written by the doctors did not give any notice of strike.

Adeyeye stated that the state government would engage the doctors so they would return to work as soon as possible.