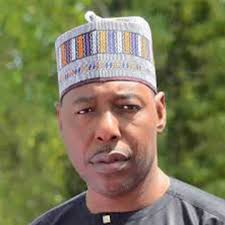 In a statement by the Special Adviser on Public Relations and Strategy, Malam Isa Gusau, noted that Governor Zulum’s directive was part of necessary measures to reposition the ministry.

The statement adds that Governor Zulum expressed gratitude to Dr Salihu Kwayabura for his immense contributions to the development of Borno’s public health sector in nearly two years of his administration.

The statement announced that the Governor has directed his chief of staff, Professor Isa Hussani Marte, to oversee the ministry of health pending the appointment of a substantive commussioner.

This is the first time Governor Zulum is relieving  any member of the state executive council of his appointment since their inauguration more than a year ago.